Verstappen blames himself for missing out on pole

SAO PAULO (AFP) – Max Verstappen blamed himself for missing out on pole position in Friday’s qualifying at the Sao Paulo Grand Prix, claiming that the unpredictable wet weather conditions turned the session into a lottery.

The newly-acclaimed double world champion said he locked up his Red Bull car on his first and best run and was unable to improve as a red flag and heavy rain effectively curtailed the session.

Kevin Magnussen took advantage of the changing circumstances to claim his and the underdog Haas team’s maiden pole position.

“We knew it was going to be one lap of rain and I think I was like fourth or fifth car and I locked up into turn eight so that cost me pole. “But compared to the proper opposition for tomorrow, it looks good. Anything can happen so being up front is the most important thing.”

Verstappen will be seeking a record-increasing 15th win in a single season in today’s Grand Prix race after winning eight of the last nine as he romped to a runaway success in the drivers’ title race. 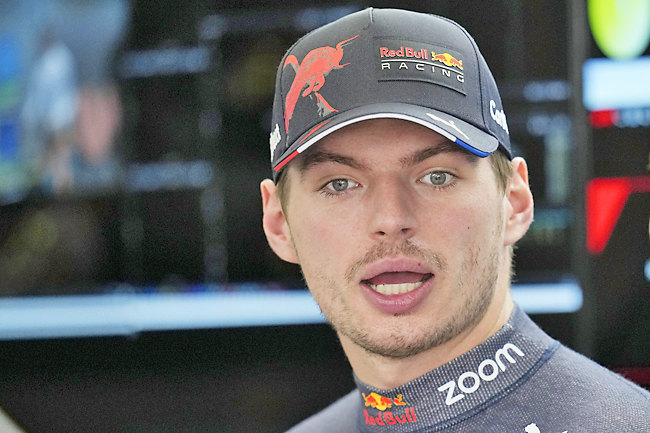 “I always try to have fun,” he added. “But the approach should always be the same. Let’s see how competitive we are tomorrow in the (sprint) race, but also we have no clue how the weather’s going to be.

“That’s what makes Interlagos always so special for everyone. It’s difficult. You have to find the limit of how much you can push, but also you don’t want big mistakes.

“We stayed calm for Q1 and Q2 and then Q3 was more of a lottery, but nevertheless we’re still on the front row.”

Mercedes’ George Russell, whose crash caused the red flag that interrupted the Q3 session before heavy rain swept the circuit, said: “I am very happy to be P3 and massive congratulations to Kevin – what an awesome job he did and Haas did.

“They deserve it for all the effort they have put in. P3 is not necessarily where we wanted to be, but it’s a very good place to be starting for the sprint.

“I think that’s our best shot at trying to finish above Max and Red Bull, to have the mixed conditions. I hope it doesn’t get too bad, so the fans can still enjoy the racing, but nevertheless we’re ready to have a good couple of races.”