LOS ANGELES (AP) – Police arrested two men in connection with a burglary at the Los Angeles home of a California congresswoman last week where only two guns were stolen, authorities said on Wednesday.

The men were arrested on Tuesday after investigators saw them get into a vehicle that had been parked at the home of Representative Karen Bass during the burglary last Saturday.

Bass, who is running for mayor of Los Angeles, previously said two firearms had been stolen during the break-in.

The guns were safely and securely stored when they were stolen, she said in a statement released by her campaign. Cash, electronics and other valuables were left behind.

“It’s unnerving and, unfortunately, it’s something that far too many Angelenos have faced,” she said last week.

Los Angeles police announced the arrests on Wednesday but did not say Bass had been the victim of the crime.

KTTV-TV first reported the arrests on Wednesday in an interview with Bass, who did not have details about the burglary. She said she has guns for personal safety, though she believes gun control is important.

“I don’t know if it was random or what,” she told the news station. 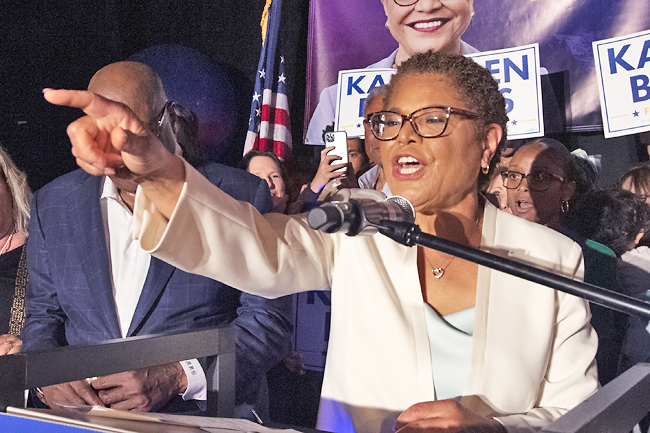