LONDON (AFP) – The Premier League announced yesterday that all matches had been cancelled this weekend following the death of Queen Elizabeth II but Test cricket and golf will resume.

English top flight clubs took the decision despite guidance from the British government that cancelling sporting events was not compulsory during a period of national mourning.

“To honour her extraordinary life and contribution to the nation, and as a mark of respect, this weekend’s Premier League match round will be postponed, including Monday evening’s game.”

All games in the English Football League, Women’s Super League and Scottish professional league are also off.

The third and decisive Test between England and South Africa at the Oval will start today after Thursday’s play was washed out and Friday’s postponed as a mark of respect.

“She loved sport, be honoured to play in her memory,” England captain Ben Stokes tweeted in response to a question on whether sporting events should go ahead.

A minute’s silence will be observed before the national anthem, with players and coaches from both sides wearing black armbands.

The England and Wales Cricket Board confirmed the match cannot be extended beyond Monday to make up for lost time due to South Africa’s travel arrangements.

There will also be tributes to the queen at Wentworth when the PGA Championship resumes
today. 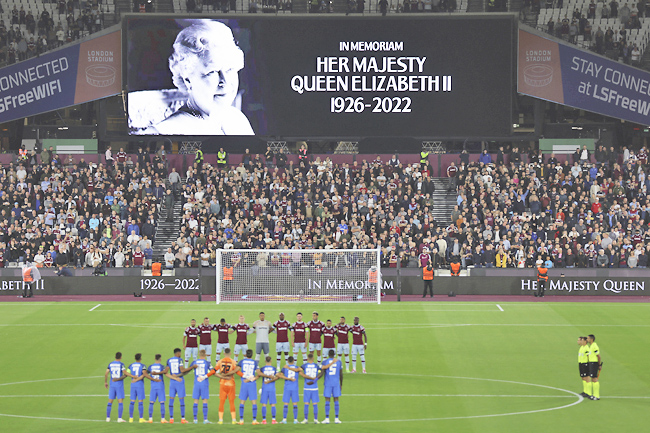