PARIS (AFP) – Expanding nature preserves will not be enough to stem a rising tide of extinctions, a panel of experts warned Wednesday, taking aim at a draft treaty tasked with rescuing Earth’s animal and plant life.

Setting aside at least 30 per cent of both land and oceans as protected zones is the cornerstone target of the so-called global biodiversity framework to be finalised in May at United Nations (UN) negotiations in Kunming, China.

But a report by more than 50 top experts said the draft plan still falls far short of what is needed.

“We’re in the middle of a biodiversity crisis, with a million species at risk of extinction,” lead author Paul Leadley, a professor at Paris-Saclay University, told AFP.

“There’s good evidence that we will fail again to meet ambitious international biodiversity objectives if there’s too much focus on protected areas at the expense of other urgent actions.”

The plan, under negotiation by nearly 200 nations, sets a score of targets for 2030 – and aims by 2050 to reverse biodiversity loss and be “living in harmony with nature”.

The world failed almost entirely to reach a similar set of 10-year objectives set a decade ago at UN talks in Aichi, Japan. 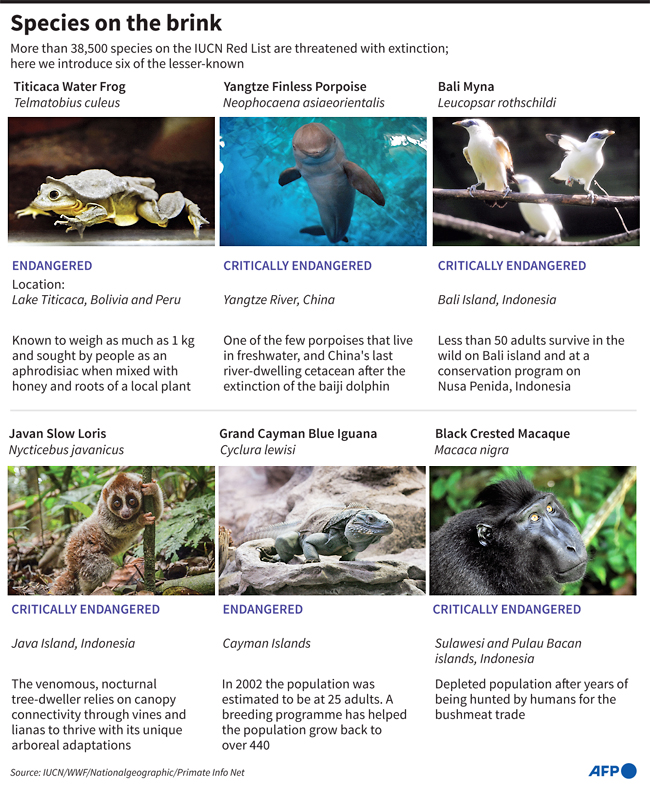 “We keep trying to treat a critically ill patient with plasters – that has to stop,” said Leadley.

Echoing a similar warning issued by the UN’s science advisory panel for climate change, Leadley and his colleagues said reversing the damage done to nature will require “transformative change” in society, starting with the way we produce and consume food.

Policymakers must also realise that all the drivers of extinction – habitat loss and fragmentation, over-hunting for food and profit, pollution, the spread of invasive species – must be tackled at once.

“Biodiversity loss is caused by multiple direct drivers in nearly all cases, meaning that actions on only one or a few will be insufficient to halt continued loss,” the report said.

Climate change is also rapidly emerging as a major threat to many animal and plant species on land and in the oceans, outpacing their ability to adapt. Limiting global warming to 1.5 degrees Celsius above pre-industrial levels – “essential” for protecting nature – is not adequately reflected in the draft targets, the authors said.

And it works both ways, the report warns: “Protecting and restoring biodiversity are key to achieving the climate mitigation and adaptation goals of the Paris Agreement.”

As with climate, there’s no time to lose. “The sooner we act the better,” said co-author Maria Cecilia Londono Murcia, a researcher at Humboldt Institute in Colombia.

“Time lags between action and positive outcomes for biodiversity can take decades.” The report also takes the draft treaty to task for not spelling out how goals will be achieved and enforced. Targets are all well and good, it suggests, “but it is how these targets are implemented… that will determine success”.

“For every euro we spend globally to help biodiversity, we spend at least five on things that destroy it,” said co-author Aleksandar Rankovic, a researcher at the Paris Institute of Political Studies.