Covering an area of 44 hectare at the Vietnam-Singapore Industrial Park Joint Stock Company, the plant is the largest foreign-invested project in the province. The factory will be its sixth manufacturing site in the world and the second in Asia.

This is part of the group’s strategy to expand its supply chain network to support its long-term development and build production facilities close to key Lego markets.

Christiansen said that the group chose Vietnam as an investment destination stemming from the Vietnamese government’s strong commitments to sustainable development as well as Vietnam’s very good international trade relations. 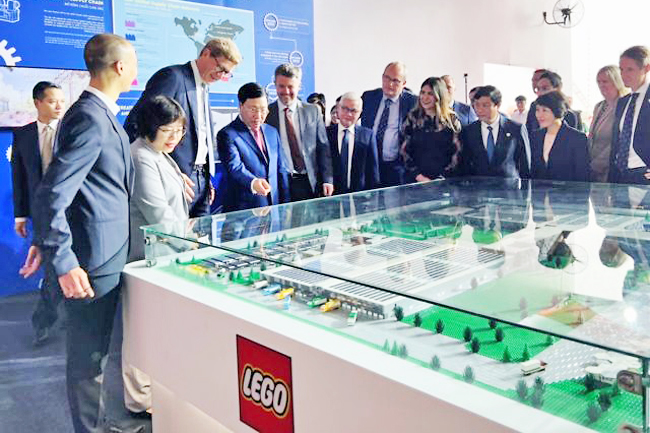