Hustle is a movie where Adam Sandler plays Stanley Sugerman, a washed-up basketball coach trying to find meaning in his life. Just as he’s thinking about giving up, Stanley finds a new wonder player in Spain, who is played by NBA player Juancho Hernangómez. With the help of his wife (Queen Latifah), Stanley will do whatever he can to give this young new star his deserving place in the spotlight.

Co-produced by basketball legend LeBron James, Hustle looks set to be a deeply emotional underdog story that’s also a declaration of love for the sport.

Jennifer Lopez is undeniably one of the biggest stars to ever rise both in Hollywood and in the music industry. However, the path to success was not easy, and this new Netflix’s new documentary aims to show how a girl from the block faced prejudice and harassment while trying to rise to stardom.

Halftime will explore Lopez’s early life, exposing obstacles she had to face in her career until her halftime show at 2020’s Super Bowl, considered one of the highest honours in any musician’s career. 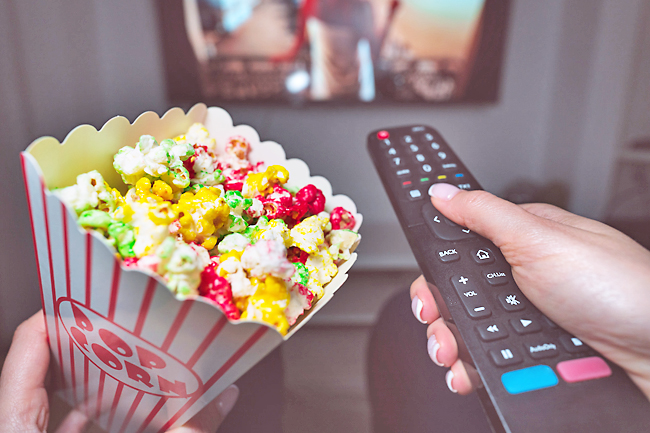 Based on George Saunders’ 2010 dystopian short story Escape From Spiderhead, this sci-fi thriller film follows inmates Jeff (Miles Teller) and Rachel (Jurnee Smollett) as they form a connection in the midst of coming to grips with their pasts in a state-of-the-art penitentiary run by brilliant visionary Steve Abnesti (Chris Hemsworth).

Jeff and Rachel get their sentences reduced in return for volunteering to be test subjects in Steve’s experiments involving mind and emotion-altering drugs, but the closer they get, the more desperate they become to escape the facility and its experiments.

In this Netflix Original action-drama film, army captain JJ Collins (Elsa Pataky) is forced to rely on her years of military expertise and tactical training after a simultaneous coordinated attack threatens the missile interceptor base she is in charge of. Matters are made worse when, during the attack, Collins comes face-to-face with the charming yet corrupt former United States (US) military intelligence officer Alexander Kessel (Luke Bracey), who is intent on carrying out a twisted and terrible plan. The pressure is on for Collins to save the day.

Mixing romance with a coming-of-age story, the film follows Lina (Susanna Skaggs), a teenage girl who loses her mother to cancer and decides to honour her dying wish: spend vacations in Florence, Italy. There, she falls in love with Italian gelato, has romantic encounters, and finds out all the secrets about her mother’s time in Europe.

The movie also explores Lina’s search for her unknown father, as she tries to figure out her family’s mysterious history.

Benjamin Lloyd Crump is a civil rights attorney, who is also known as the “Minister of Justice of Black America”. Crump worked in prominent cases such as the death of George Floyd, the Flint water crisis where people were getting poisoned, and the Johnson & Johnson baby powder case where the company was accused of using carcinogenic products.

While Crump is always ready to fight for the people, there are many who still don’t know his work. As such, the new documentary aims to explore the life and work of the attorney, shedding some light on a true American hero.

THE MAN FROM TORONTO

This Netflix Original action comedy-thriller sees a case of mistaken identity arise when a New York sales consultant named Teddy (Kevin Hart) and the world’s deadliest assassin (Woody Harrelson) known as “The Man from Toronto” run into each other at an Airbnb holiday rental.

Teddy is unwittingly pulled into The Man From Toronto’s dangerous world, and the two are forced to team up to make it out of this life-threatening mix-up alive.

Based on the groundbreaking graphic novel series by Gerard Way and Gabriel Bá, The Umbrella Academy is the story of a family of superheroes, all of whom are adopted by an eccentric billionaire, brought together by a funeral and the threat of the apocalypse. Filled with superpowers, time travel and a variety of twists and turns, the series is set to return on June 22 with its third season.

One of Netflix’s biggest non-English originals, Money Heist, is getting a brand new adaptation from South Korea.

Featuring an incredible ensemble of actors and actresses, expect Money Heist: Korea to be a smash hit this summer.

This series sees a genius strategist and his talented crew composed of top-class thieves attempting to pull off an unprecedented heist in the Korean Peninsula.

The story portrays unexpected twists and turns as the crew stage a hostage while facing inexplicable challenges. All eyes are focussed on the background