SAN RAFAEL (AP) – A Northern California burglar returned to the scene of the crime recently after he forgot his keys inside a doughnut company’s corporate office.

The thief stole some petty cash from Johnny Doughnuts’ office in the San Francisco Bay Area last Saturday night, police said. In another twist, he also grabbed the keys to a bakery vehicle, but didn’t steal the vehicle itself.

San Rafael police are seeking the public’s help to identify the burglar, who used an unknown tool to “manipulate” the office’s doorknob and get inside around 10pm, according to Lieutenant Dan Fink.

Surveillance video shows the man moving between the office and a back storage area, where he pried open a filing cabinet, Fink said.

The lieutenant said the thief took a bank bag with an unknown amount of cash.

“Part of the investigating is finding out why this specific business was targetted,” he said.

Johnny Doughnuts founder Craig Blum said his company plans to deliver a few dozen doughnuts to the San Rafael police officers “who came to our aid to ensure that we can continue serving our community hand-crafted doughnuts without interruption”. 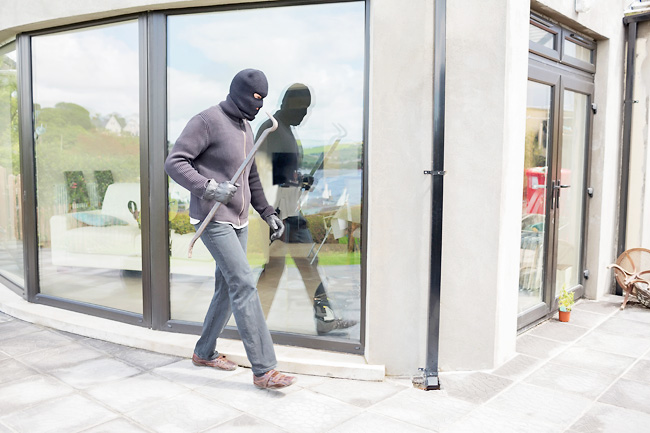