No one knows that better than Queen Elizabeth II, who’s showing no signs of stepping aside after 70 years on the throne. But the ageing sovereign is giving Prince Charles an increasingly prominent role, delegating more responsibilities to her eldest son and heir.

That became obvious last month when Charles, 73, accompanied by his wife, Camilla, presided over the State Opening of Parliament, one of the monarch’s most important duties.

The subtle transition illustrates the challenges confronting the royal family as the 96-year-old queen remains on the throne but Charles becomes the ever more public face of the monarchy. As Britain celebrates the queen’s Platinum Jubilee this week, the royals are working to cement the position of a sometimes misunderstood heir and demonstrate that the House of Windsor will live on.

“Charles and Camilla are a question mark for the future when it comes to the monarchy,” said royal historian and adviser on the Netflix series The Crown Robert Lacey. “But we’re not in the state we thought we were 20 years ago, when the prospect of Charles coming to the throne seemed a major challenge. And I think one can say the monarchy rides on British affections today with more horsepower… than it’s had for many decades.”

Much of that is due to Elizabeth, who on her 21st birthday pledged to serve Britain and the Commonwealth for her whole life. The queen shows every intention of fulfilling that promise.

But her problems in getting around force her to be more selective in her public engagements and open a door for Charles, who has spent the past three decades trying to overcome the fallout from the messy breakdown of his marriage to the highly popular Princess Diana. 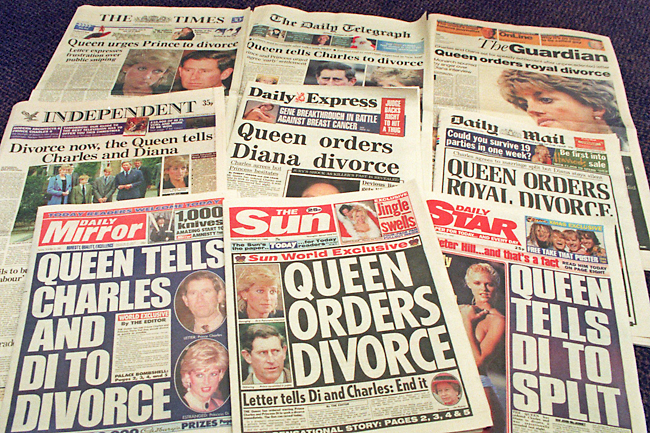 It took years for many in Britain to forgive Charles, whose admitted infidelity and longtime links to Camilla torpedoed his relationship with Diana, known as “the People’s Princess” for her ability to connect with the public in a way her husband never could. The glamorous young mother of Prince William and Prince Harry died in a Paris car crash in 1997, five years after her split from Charles.

But the public mood has softened since Charles married Camilla Parker Bowles in 2005.

Now known as the Duchess of Cornwall, Camilla, 74, has taken on roles at more than 100 charities, focussing on promoting literacy, supporting victims of domestic violence, helping the elderly and other issues.

With a down-to-earth style and sense of humour, she eventually won over many Britons. Her warmth softened Charles’ stuffy image and made him appear more relaxed, if not happier, as he cut ribbons, unveiled plaques and went about the often humdrum tasks of royal duty.

Earlier this year, the queen sought to bolster the couple’s position by expressing her “sincere wish” that Camilla be known as “Queen Consort” when Charles becomes king. Elizabeth’s words rejected arguments that the history of the relationship should relegate Camilla to some lower status, transforming her from home-wrecker to future consort with the swipe of a pen.

Charles, meanwhile, has been ready to step in whenever required, most dramatically when he presided over the opening of Parliament and delivered the Queen’s Speech, laying out the government’s legislative programme.

The event is a symbol of the monarch’s constitutional role as the United Kingdom’s (UK) head of state and is accompanied by ceremonies and pageantry handed down through the centuries to demonstrate the strength of Britain’s political institutions.

The choreography of the day emphasised a queen who was absent, yet still present. Her throne was removed, but in its place the Imperial State Crown sat propped on a cushion.

Charles wore the uniform of an admiral of the fleet – rather than sweeping ermine robes.

“Prince Charles is the longest-serving heir we’ve ever had,” author of Queen of Our Times: The Life of Elizabeth II Robert Hardman said. “He’s there. He’s on standby to do whatever needs doing if the queen can’t be there. But, you know, she made an oath that she was going to reign for her life. And that’s how she views it.”

Because Charles has been waiting in the wings for so long, his passions are well known.

For example, he began campaigning for environmental causes long before they were mainstream concerns. He has been accused of meddling in politics, something the monarch is barred from, by speaking up about property developments he opposed and other issues.

During a recent trip to Canada, he waded into a highly charged issue, acknowledging the “pain and suffering” suffered by Indigenous communities that had children taken away and abused at state-sponsored residential schools.

It may be the shape of things to come.

The royal editor of HELLO! Magazine Emily Nash said Charles is engaged with people all over the world, particularly on the issue of climate change.

“This is very much about working collaboratively to try and improve things for future generations,” Nash said. “And that’s something that Prince Charles is absolutely passionate about.”

Journalist and blogger Tiwa Adebayo, 23, said the royals need to be more vocal about issues like this, speaking out on topics such as inequality and immigration, if the monarchy is going to be relevant in the future. She cited the Dutch royals as a model for the future.

For now, Charles has recognised that he can a bit less stuffy in public – more accessible even.

Nowhere is that more evident than in a special jubilee appearance on a television soap opera.

Charles and Camilla will surprise residents at a street party held to celebrate the Queen’s Platinum Jubilee on the long-running BBC show EastEnders. In a clip shown after a recent episode, partygoers are told “You have got to see this mystery guest” – before the royal couple pulls up in a car beside The Queen Vic tavern.