Over two dozen volunteers took to Muara Beach yesterday to mark the International Volunteer Day in support of Brunei Darussalam’s call to the United Nations that encourages unity and urgent action to drive outreach aimed at promoting, mobilising, and advocating for volunteerism as well as recognising the invaluable contribution of volunteers worldwide.

This Corporate Social Responsibility programme, led by imagine’s Chief Executive Officer, Suzananwati binti Haji Suharju, is categorised under the Ministry of Culture, Youth and Sport’s green initiative per the Day of Action (DOA) 2022 campaign that ends on January 31, 2023.

It is also held in conjunction with imagine’s third year anniversary that will be celebrated on January 24.

With the objective to provide imagineers with the opportunity to give back to society in line with the DOA international theme ‘Solidarity Through Volunteering’, imagine’s clean-up campaign also saw the participation of family members including young children. This activity is also hoped to nurture the spirit of volunteerism among the next generation. Other activities to mark imagine’s anniversary this year also included a donation drive to members of the Chinese community from financially challenged backgrounds while also marking this weekend’s Chinese new year celebrations.

Several other activities are also anticipated in the coming week to celebrate imagine’s third year of service in Brunei’s telecommunications industry. 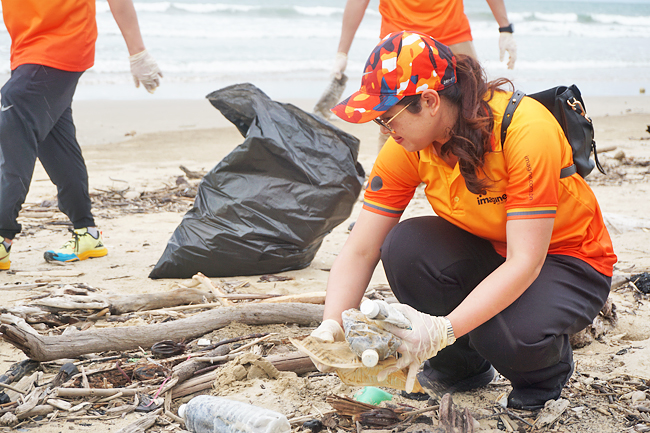