All ready to serve

A total of 47 male warden recruits and five female warden recruits from the 1/2021 intake who completed their training participated in a passing out parade yesterday at the Parade Ground of the Prisons Department Training Centre, Maraburong, Tutong District. 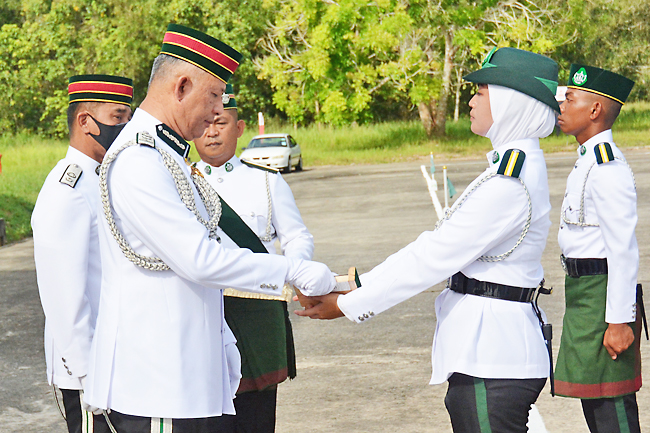 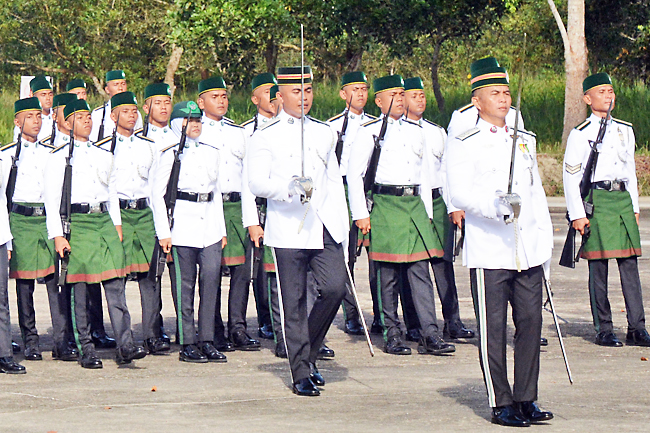 Recruit Warden 817 Ali Haziq Irsyaduddin in expressing his gratitude, said, “There were hard days during training but I was always motivated to overcome the challenges thanks to my father’s encouragement.

“I also wanted to set a good example for my family that hard work is rewarded.”

He said those applying to be new recruits should be physically and mentally prepared.
Meanwhile, 850 Lukas added that receiving the award was motivating.

“I felt privileged to be able to receive the award. I will continue to work hard to contribute to the Prisons Department,” he said.

Also in attendance were heads and deputies of management as well as family members of the recruits.