KYIV (AFP) – President Volodymyr Zelenskyy said yesterday that Ukraine and the European Union (EU) were starting a new chapter of their history after Brussels formally accepted Ukraine’s candidacy to join the 27-nation bloc.

“A new (chapter) of history for the EU and Ukraine has started. Now we’re not close. Now we are together,” Zelenskyy said addressing Ukraine’s parliament.

He said it was a “big honour and big responsibility” to work towards realising the “aspirations of our country”.

“We made a journey of 115 days to candidate status and our journey to membership shouldn’t take decades. We should make it down this road quickly,” Zelenskyy said.

“Ukraine is fighting to choose its values, to be in the European family,” he said.

Following their speeches, an EU flag was brought into the building of Ukraine’s parliament – the Rada – and placed next to the blue and yellow flag of Ukraine.

Ukraine applied for EU membership just five days after Russia’s February 24 invasion and the 27-member bloc accepted its candidacy on June 23, in a strong signal of support. 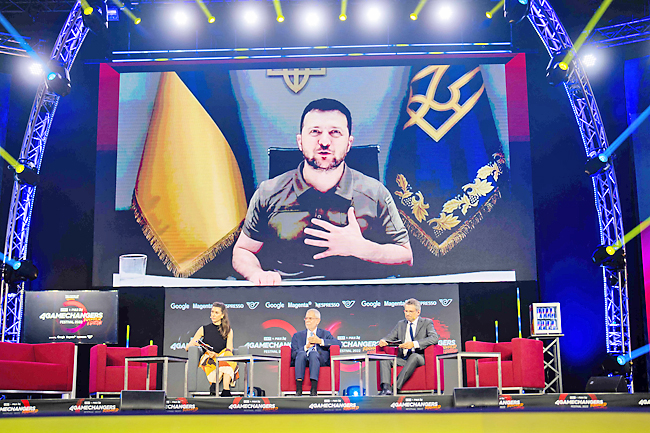