The sheer notion of undergoing a weight loss transformation may seem a little far-fetched to comprehend during the conceptual stage of the journey, as one can only go as far as the stretch of the imagination.

While inspiring stories of losing weight are not uncommon, especially to an ordinary person, the long road behind those stories, intertwined with ups and downs before accomplishing a life-changing goal, must not be underestimated.

In a space of a little over a year, I made perhaps one of my unlikeliest accomplishments when I lost 40 kilogrammes (kg), all without the supervision or guidance of a personal trainer or a specified programme.

Having initially peaked at a high of 98kg amid the imminent dangers of a deluge of health concerns, my weight dropped to as low as 58kg before finally reaching the ideal body shape in alignment with my height.

In September 2020, a few months after the onset of the COVID-19 pandemic, I was left with a crucial decision with both my physical and mental state reaching a breaking point.

During this period, I had experienced bouts of headaches even in instances where I was only standing still or sitting, raising concerns of something serious that necessitated immediate medical attention. 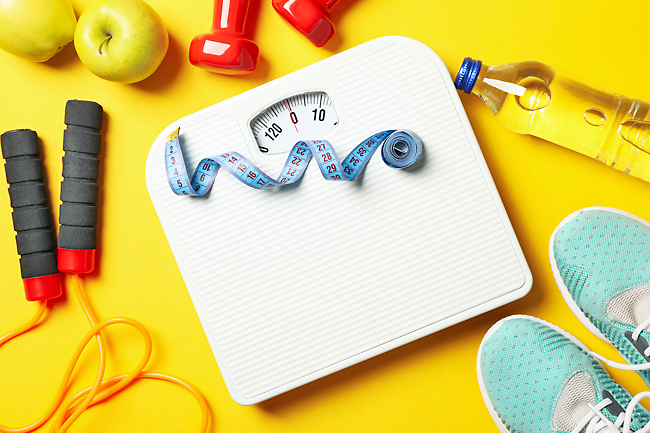 At the same time, my weight ballooned, largely owed to a lack of physical activities.

When I had been overseas, I even took the time to attend indoor cycling classes and hiking, such was my desire to stay healthy and active.

But all the freedom that I typically enjoy hit a snag when the control measures and restrictions were imposed to minimise the spread of the virus. The border closure in particular left me quizzing myself about when I would be able to enjoy long walks, especially in pedestrian-friendly cities.

While the COVID-19 pandemic seemed to be bothersome to my weight gain initially, it somehow turned out to be a blessing in disguise.

After being told that I had high blood pressure following a health check-up, I was prescribed medication to be taken daily.

I thought to myself: “This is the right time to lose weight.”

The thought of taking pills daily worried me as I felt that I was too young to be on medication.

At the time, I set a personal target of 78kg, which by all admission would still have been a major personal accomplishment. The most I’ve lost was 5kg over a period of five days when I went spinning for five consecutive days.

During the second half of the year, I regularly joined my cousins for a private workout session that focussed on a full-body tabata and high intensity interval training (HIIT).

That gave me the impetus to experiment with something new, prompting a first circuit training class on September 2020. Suffice to say, I completed the class and the accomplishment lifted my confidence high enough to motivate me to embark on a fresh challenge – stepping up my workout regime.

The same day I went brisk walking for around 10-15 minutes and the distance steadily increased as I experimented with new routes.

In the following months, I started jogging and did a few laps around my compound. I noticed that my times steadily improved. It was only a short session but looking back, it did help me with my fitness goals.

In what was an unfamiliar territory for me, I altered my eating patterns and made the decision to avoid red meat as well as chicken altogether.

This new commitment led to an even stricter diet, having already avoided rice in my daily meals.

For over a year, I stayed away from fried and oily food as well as sugary items, while consuming salmon and tuna as my source of protein and eating vegetables on a regular basis.

There were cravings at odd times but it took discipline to resist such temptation, as I knew a sign of weakness could derail the hard work that I had put in thus far.

However, there were challenges as weeks after balancing my new diet and exercise, I started to experience dizziness, reminiscent of the times just before I started the weight loss journey.

The journey was working gradually as planned as results started to appear, though I was only halfway there more work needed to be done before I could call it a success.

In January 2021, I completed a five-kilometre run, my first running event in nine years.

I even joined my cousins for our weekly workout an hour after leaving work at Taman Haji Sir Muda Omar ‘Ali Saifuddien.

Two months later, I signed up at a local boutique gym after being asked by a friend if I was interested. I was introduced to boxing and attended various classes before trying my hands on classes that focussed on circuit training.

The instructors helped me fine-tune the basic fundamentals of boxing, which would contribute to my personal transformation.

By the time the country was hit with the second COVID-19 wave, I weighed a bit more than 70kg, aided by the combination of the frequency of my visits to the gym and my continued diet.

In August 2021, I lost 8kg in a space of three weeks at a time when everyone was confined to their own homes.

I used the treadmill two or three times daily and spent roughly 45 minutes or more keeping myself occupied, not only to pass time but also to stay active.

The results began to show, and by last November I weighed 58.9kg, the lightest I’ve weighed since my university days in the 2000s.

However, I looked too skinny for my liking and in the next few weeks my weight hovered between 60 and 63kg, which coincided with my move away from a restrictive diet.

Following the re-opening of gyms and fitness studios across the country, I resumed my routine of attending classes but during one of my first outings back, I lost strength and struggled to lift a pair of dumbbells.

It made sense, as all this while, I had been doing cardio-related exercises and needed to work on toning my body.

During the start of the year, my visits to the gym focussed on strength building. With the help and encouragement of fitness instructors, I finally gained back my strength and even developed muscle in the process.

Ever since, I have not only maintained my weight and fitness but I have also been able to enjoy my meals since my diet has been gradually less restrictive. While I may have achieved my weight loss target earlier than expected – having initially planned to reach my goal by the start of 2022 – my weight loss journey hasn’t been easy by all means.

The first few months of my journey witnessed sudden bouts of headaches and dizziness and a period of starvation, as well as difficulties in handling emotions – I got frustrated and anxious due to the hunger – as the body went through a lot of changes.

Once I overcame the obstacles as the body was able to react with the changes, I scaled up my physical activities and from then on, the results started to show.

Embarking on a weight loss journey takes a lot of dedication, commitment and discipline but it is realistic and achievable if one has the direction, passion and courage.

It is also important to do so in a safe and controlled manner without endangering the body and or overexerting oneself to a point of exhaustion.

In conclusion, the idea of losing weight may have sounded too imaginative at first, especially after taking a glance at the mirror back when the odds were heavily stacked against me, but my sheer desire to pursue the goal carried me all the way to my current form.