The woman, who was not identified, was part of a tour group of 25 people camping at Sveasletta, in the central part of the Svalbard archipelago, which sits over 800 kilometres north of the Norwegian mainland. The campsite was located across a fjord from Longyearbyen, the main settlement in the Arctic Svalbard archipelago.

Authorities responded to the news of the attack, which came shortly before 8.30am, by flying there in a helicopter, Chief Superintendent Stein Olav Bredli.

“The French woman suffered injuries to an arm. Shots were fired at the polar bear, which was scared away from the area,” he said. Further details on her injuries were not disclosed.

She was flown by helicopter to the hospital in Longyearbyen.

The Svalbardposten newspaper said the victim was a woman in her 40s, and quoted local hospital official Solveig Jacobsen as saying that the woman was slightly injured.

Bredil later told Svalbardposten that the animal has been “badly injured” and following “a professional assessment” it was put to sleep. It was unclear how it was killed. 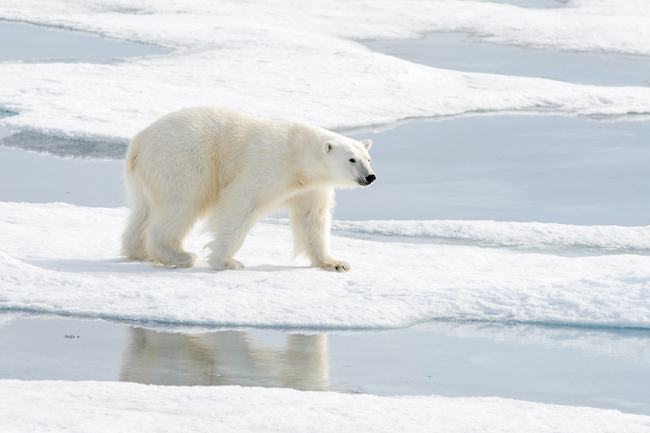