A 49-year-old foreign woman was detained for alleged gambling activities after police raided a tailor shop in Kampong Lamunin, Tutong District on Saturday.

The Royal Brunei Police Force (RBPF)said the woman was allegedly involved in the 4D lottery and the shop believed to be a place to collect bets.

The authorities seized several items as evidence, including a mobile phone, pieces of paper with bets as well as cash.

The suspect and the evidence were brought to the Tutong Police Station for further investigation.

The RBPF said the public can provide information on illegal activities through the police hotline 993. 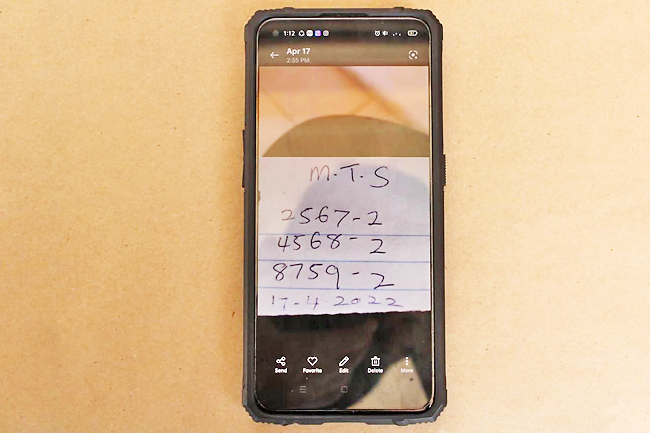