Why it feels good to do hard things

THE WASHINGTON POST – As a rock climber, I fight against gravity while I scale the walls and their rocklike holds. But my arms invariably fatigue, my grip slips with sweat, and, sometimes, my nerves question whether I should stick to easier climbing routes.

Trying to do hard things is, well, hard. And exerting ourselves physically and mentally often feels bad.

Yet we seek out these challenges without any obvious extrinsic reward. I’m paying a monthly membership fee for the experience of flailing and falling in a rock-climbing gym.

Others go even further, scaling mountains, running thons or even ultramarathons. And many people spend their leisure time exercising their minds on crossword puzzles, strategising in board games, or playing video games.

Our penchant for doing hard things that make us feel bad is what researchers call the Effort Paradox. Trying hard is costly and aversive, but it’s something humans value.

Our brains constantly conduct cost-benefit analyses on choices and actions. When we are hard at work, the anterior cingulate cortex located near the front of our brain tracks our efforts, and its neural activity appears to be associated with how bad the exertion feels. 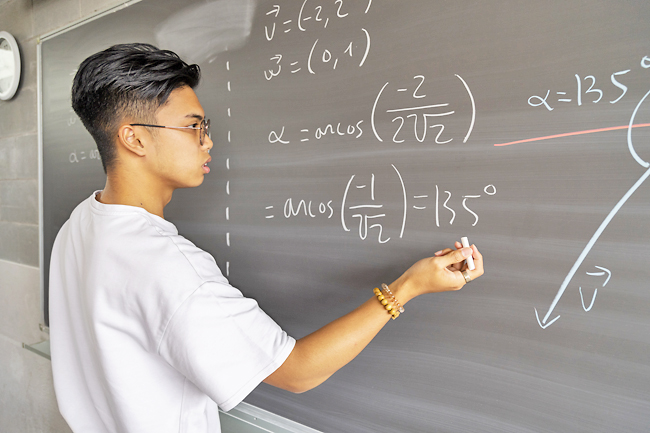 These effort signals help our brain evaluate whether it’s worth it to keep trying or do something else.

Historically, the fields of cognitive neuroscience and behavioural economics have focussed on the very intuitive notion that making an effort is tough a lot of the time. When presented with the choice of two cognitive tasks, people clearly prefer to do the easier one and are willing to accept fewer rewards to avoid having to try harder. One recent study found that people are willing to accept physical pain to avoid cognitively demanding tasks.

And it’s not just humans who like being lazy. What scientists call the “law of least effort” seems to apply to animals as well.

Rats, too, avoid physically challenging parts of the maze and cognitively demanding tasks.

Effort “just feels bad, and we tend to avoid it. That’s why it’s costly”, said Professor of Psychology at the University of Toronto Michael Inzlicht. Yet at the same time, “there’s something about pushing yourself that seems to be valuable and enjoyable as well”.

One obvious reason we make an effort is for the end product, be it a championship trophy, personal record or end-of-year bonus. Generally, “in the real world, the harder you work, the more rewards you tend to get”, Inzlicht said. Neuroimaging shows that the ventral striatum, a brain region that plays a key role in processing rewarding outcomes, is more strongly activated when we achieve something through higher effort than lower effort.

The more effort something takes, the more we tend to value it.

People are willing to pay more for an object they built themselves than the same object built by experts – a phenomenon aptly named the IKEA effect.

But why do we value effort that feels bad? Why do mountaineers and other outdoors thrill seekers search for “Type II fun” even when the exertion itself feels terrible in the moment?

One study suggests that the answer may lie in the effort. Researchers found that rewarding effort – and not the outcome – prompted people to seek out more difficult tasks later, even if they didn’t get additional rewards. In the first experiment, 121 people were outfitted with electrodes to monitor their cardiovascular activity as a physical measure of how hard their brains were working on a standard memory task.

One group of participants was rewarded based on how much effort they exerted. Another group was rewarded with random amounts of money regardless of their effort.

Then, the same participants had to complete a different cognitive challenge of solving math problems and were allowed to pick the difficulty. Crucially, the participants were told they would not get paid for this portion of the experiment.

The study suggests we can learn to enjoy the journey, regardless of the destination. The effort itself can be rewarding.

While the effects are relatively small, the results are exciting given that the training sessions were only about 15 minutes, said Professor of Motivation Psychology at the University of Vienna and an author of the study Veronika Job.

“How we value effort is determined by what we experience in everyday life. We have this whole learning history” in schools and work that tends to reward outcomes and achievements more than the effort we put in, Job said. Yet a short stint in the lab was able to make participants appreciate the intrinsic value of mental labour more.

The new study is a just starting point to figuring out how to train oneself to be more effortful.

This doesn’t mean going full throttle in all domains of your life all the time: Overexertion, burnout and possible injury are not healthy or desirable outcomes.

But being able to try hard is a useful skill for achieving challenging goals that you value. In one pre-print study that has not yet been peer-reviewed, Inzlicht and his colleagues found that people who find meaning in their efforts tend to report higher life satisfaction and meaning as well.

Finding the value in effort is why we are able to climb mountains and find that hidden reserve of strength during a race or near a deadline.

For her part, Job has applied her findings to how she runs her lab. Celebrations now happen when grant applications are submitted, not just when they are accepted so “it’s connected and more contingent on the actual effort”, she said.