Why has Syria’s economic crisis hit a new low?

BEIRUT (AP) – Syria’s economy has hit its lowest point since the start of its civil war nearly 12 years ago, with spiralling inflation, a currency plunge and severe fuel shortages in both government-run and rebel-held areas.

Life in Damascus has come to a near standstill. Streets are almost empty of cars, households receive a few hours a day of electricity at best, and the cost of food and other essentials has skyrocketed.

The increasing economic pain has led to protests in areas controlled by the government of President Bashar Assad, sometimes met by a violent response.

Here’s a look at why the economic situation has gotten so dire and at the potential implications.

HOW BAD IS THE CRISIS?

The Syrian pound hit an all-time low of SYP7,000 to the dollar on the black market last week before rebounding to around SYP6,000. It’s still a significant plunge, given the rate was around SYP3,600 one year ago.

The central bank increased the official exchange rate from SYP3,015 to SYP4,522 on Monday, apparently trying to entice people to use the official rate rather than trade in the black market. 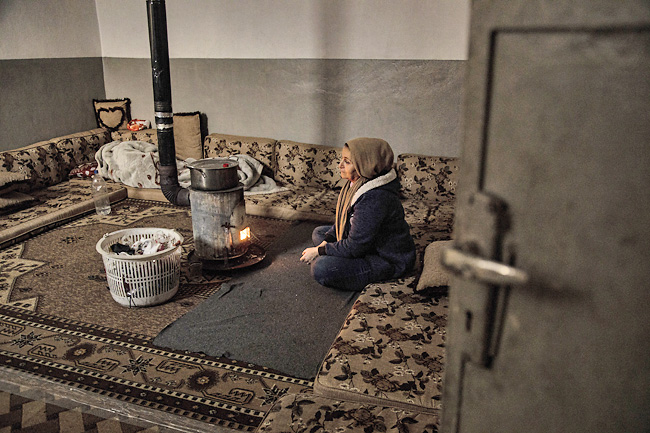 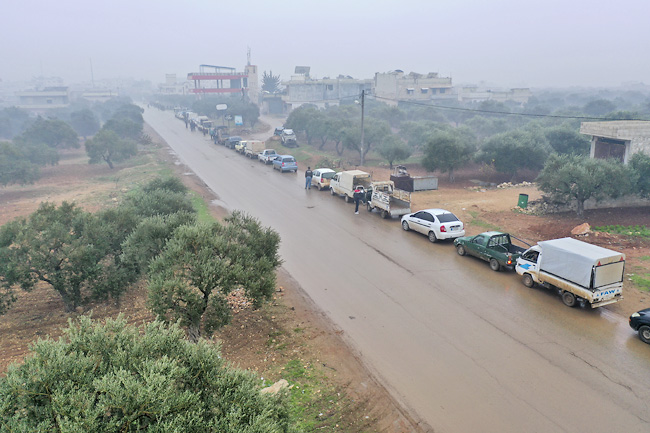 Amid fuel shortages, the government has hiked the price of gasoline and diesel.

At the official price, 20 litres of gas now cost nearly a full month’s salary for an average civil servant, which is about SYP150,000, or USD25 at the black market rate.

Some employees have stopped showing up for work because they can’t afford transportation.

Since wages don’t come close to meeting the cost of living, most people “live on remittances, they live on two or three jobs and on humanitarian assistance”, said Swiss-Syrian researcher and professor at the European University Institute in Florence, Italy, Joseph Daher.

United Nations (UN) Special Envoy for Syria Geir Pedersen told the UN Security Council on December 21 that the “needs of the Syrian people have reached the worst levels since the conflict began”.

Protests have broken out in some government-controlled areas, particularly in the towns of Sweida and Daraa in the south. In Sweida last month, a protester and a police officer were killed after a demonstration turned violent.

WHAT IS DRIVING THE DETERIORATION?

Apart from years of war, sanctions and widespread corruption, Syria’s economy has gone through a series of shocks since 2019, beginning with the collapse of Lebanon’s financial system that year.

“Given the open borders between Syria and Lebanon and both of them (being) increasingly cash based economies,” their markets are inextricably linked, said former Lebanese economy minister Nasser Saidi.

The currency collapse and removal of subsidies in Lebanon has driven devaluation and higher prices in Syria, he said.

Syria was also hurt by the global economic downturn caused by the COVID-19 pandemic and the war in Ukraine, which has driven up global fuel prices and pulled away the attention and resources of Damascus’ ally, Moscow.

But the most crucial factor is a recent slowdown in oil shipments from Iran, which has been Damascus main source of fuel since the early years of the conflict, analysts said.

Before the war, Syria was an oil exporting country. Now its largest oil fields, in the country’s east, are controlled by US-backed Kurdish-led groups, so Damascus must import oil.

Economist and editor-in-chief of the Syria Report Jihad Yazigi noted that Damascus buys oil from Iran on credit, but “when they sell the oil into the markets… they sell it for cash”. So the oil supply showdown also diminishes the government’s cash supply.

Syria’s Oil Minister Bassam Toamah, speaking to state TV in November, blamed fuel shortages on Western sanctions and lengthy delays in oil supplies, without explaining the reasons for the delays.

WHAT IS THE SITUATION IN OPPOSITION-CONTROLLED AREAS?

Every year, residents of makeshift displacement camps in the last rebel-held stronghold in the northwestern province of Idlib suffer through storms and freezing weather.

This winter, they have also been hit by the economic crisis in neighbouring Turkey, which controls large swaths of territory, as well as by rising prices and shrinking aid caused by the Ukraine war, analysts said. Idlib has seen lengthy fuel lines.

Meanwhile, a recurrent battle between Russia and other international players over allowing aid to cross the border from Turkey into northwest Syria is playing out at the UN.

A six-month extension of the cross-border aid mechanism is set to expire on December 10, with a vote by the UN Security Council to renew it scheduled the day before.

Russia wants the aid deliveries to come through Damascus, arguing that the aid coming from Turkey is exploited by armed groups and that the international community is providing insufficient help to people in government-held areas.

Humanitarian organisations, however, paint a dire picture of the consequences of cutting off the cross-border assistance.

Country director for the International Rescue Committee Tanya Evans said that fuel and food prices are rising, while funding for humanitarian aid is shrinking.

This along with winter weather and a cholera outbreak “will be a deadly mix should the only lifeline left to this part of Syria be closed”, she said.

COULD ANOTHER MASS UPRISING OCCUR?

If the crisis continues, there will likely be more protests, analysts said. But they largely dismissed the possibility of a new nationwide anti-government uprising like the one that erupted in 2011, prompting a bloody crackdown that threw the country into civil war.

Daher noted that recent protests have been fragmented and localised.
For now, he said, the country will likely continue to limp along with the help of aid and remittances from abroad. Syrians surveyed as part of a soon-to-be-published study reported receiving on average USD100 to USD200 a month from relatives abroad, Daher said.

“People are very tired and thinking first of all to survive,” he said. “And there’s no political alternative to translate this socio-economic frustration into a political one.”