Why do we get the hiccups?

THE WASHINGTON POST – One-hundred years ago on June 13, a man from Iowa named Charles Osborne started hiccupping – and he didn’t stop for 68 years!

Can you imagine that? More than half-a-century of hiccupping?

Yet we know this absurd story is true because Osborne holds the honour of the longest-known case of hiccups in history, at least according to Guinness World Records.

Fortunately most of us get the hiccups only once in a while. But have you ever wondered what’s going on inside your body when it happens?

It probably has to do with something you’ve eaten recently, said neuroscientist at the University of Texas Health at San Antonio Ali Seifi.

“Eating or drinking too fast, spicy food, carbonated soda, or a large meal of dry foods such as pasta or bread can trigger a muscle in our belly called the diaphragm,” Seifi said. 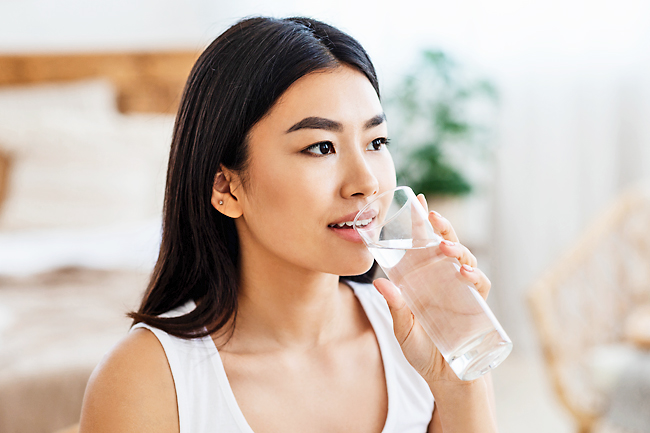 Normally, the diaphragm helps our lungs breathe in and out. But sometimes it can twitch or spasm. But that’s only half of what makes us hiccup.

“Those spasms send a message to the brain, and then the brain sends a message to our throat to close our vocal cords, which are what allow us to speak,” he said. “And that sudden closure is what makes the hiccup sound.”

Unlike Osborne’s case, most episodes of the hiccups will go away on their own after your diaphragm stops responding to whatever you ate or drank. There are also plenty of home remedies – from having someone surprise you to breathing into a paper bag to swallowing a spoonful of sugar.

But the best way to defeat a bad case of the hiccups is to treat what’s happening inside your body.

Seifi created a special straw that does just that. It’s called HiccAway, and the way it works is simple. The straw is designed to make you suck five times harder than a normal straw, and when you do this, you’re making your diaphragm flex. Then, when the liquid in your cup makes it to your mouth and you swallow, your throat has to relax your vocal cords.

“So the two (body parts) that are causing the hiccups now are busy with more important tasks,” said Seifi. “And that ends the vicious cycle of hiccups.”