A report on cyberbullying was recently published by McAfee based on a survey conducted across 10 countries: the United States (US), Canada, the United Kingdom (UK), France, Germany, Australia, Japan, India, Brazil and Mexico. Globally, the top three forms of cyberbullying reported by children are name calling (40 per cent), exclusion (36 per cent) and false rumours (28 per cent).

Name calling is the most prevalent in the UK (56 per cent) and the US (50 per cent). This figure is high across all nations, including Japan (23 per cent), which has otherwise shown low reported rates of cyberbullying.

The report, titled Cyberbullying in Plain Sight, also stated that absence of communication – exclusion from group chats and conversations – reaches as high as 49 per cent in Australia and 43 per cent in the UK and Mexico. All nations register a rate of at least 30 per cent except for Japan (13 per cent). Unlike the first two forms, Japan stands at the top for the spreading of false rumours at 44 per cent, followed by Germany (35 per cent) and India (39 per cent).

Because cyberbullying can take on different meanings across regions and cultures, the report uses the following definition of cyberbullying from StopBullying.gov as a basis: “Cyberbullying is bullying that takes place over digital devices like cell phones, computers, and tablets.”

“Cyberbullying can occur through SMS, text, and apps, or online in social media, forums, or gaming where people can view, participate in, or share content. Cyberbullying includes sending, posting, or sharing negative, harmful, false, or mean content about someone else. 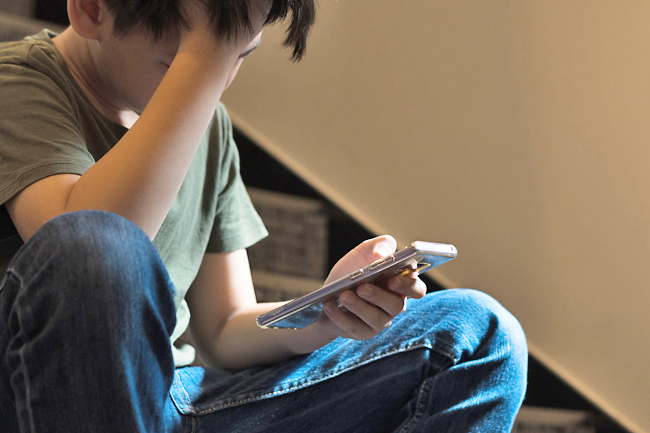 It can include sharing personal or private information about someone else causing embarrassment or humiliation. Some cyberbullying crosses the line into unlawful or criminal behaviour.”

Given that cyberbullying often takes place on social media, millions of children delete their social media accounts to avoid being targetted.

The survey found that cyberbullying is more common on Meta‘s social media and messaging platforms such as Facebook and WhatsApp, with cyberbullying more than twice as often on Facebook than Twitter, and more than four times the rate when comparing WhatsApp to Discord.

India holds the highest reported rates of witnessing (65 per cent) and experiencing (67 per cent) cyberbullying on Facebook, though this may be influenced by the fact that TikTok is banned in the country which drives more children to use Facebook and inflate the figure.

Most cyberbullying comes from someone the victim knows, and who often knows personal details including their name, where they live and the school they attend. Worldwide, more children reported that they have been cyberbullied by someone they know (57 per cent) instead of strangers (45 per cent).

Most children reported that they have not cyberbullied anyone, with the international average standing at 81 per cent.

Only two nations checked in below the international average: the US (78 per cent) and India (51 per cent).

However, when asked in more detail, more than half of children worldwide (53 per cent) admitted they have committed one or more of acts of cyberbullying, which indicates the possibility that their definition of cyberbullying is different than the one outlined in the report and they are taking part in cyberbullying without realising it.

Some of the most reported acts include making a joke at someone else’s expense (22 per cent), name calling (18 per cent), excluding someone from a conversation (15 per cent), and “burned” or teased someone (12 per cent).

According to the report, cyberbullies aim racist attacks at children as young as 10.

More than one out of four children worldwide have been cyberbullied due to their race, particularly in the US (35 per cent) and India (42 per cent). Some nations reported rates well below the average such as the UK (19 per cent), France (17 per cent), Japan (16 per cent) and Mexico (14 per cent).

While parents most seek to educate themselves about cyberbullying, some fail to pass it on and engage with their children on an on-going basis.

About 11 per cent of parent don’t talk to their children about their experience, perhaps because parents haven’t educated themselves on the topic or even aware of it.

Meanwhile, about two-thirds of parents (64 per cent) said they use dialogue as a primary form of support, followed by monitoring their children’s devices to spot and address cyberbullying (61 per cent).

Others include speaking to school official (39 per cent) working with coaches or camp counsellors (22 per cent) and therapy (18 per cent).

The report’s findings reflect the concerns of parents and children alike – cyberbullying remains pervasive and potentially harmful, particularly with racism and other severe forms of cyberbullying on the rise.

With anti-bullying measures in place and access to educational resources, the issue of cyberbullying has yet to subside.