The inspections occurred over 20 days through December 22 in Florina, a town of fewer than 18,000 inhabitants, and the surrounding area, leading to 14 arrests, mostly on charges of illegal weapons possession.

Police said dozens of unlicenced shotguns and handguns were seized along with 14 assault rifles, eight grenades and eight bayonets, a stun gun, and thousands of rounds of ammunition during searches of private homes and storage areas.

Rural areas in Greece have a high prevalence of licenced gun ownership, primarily for hunting, but there are also illicit gun collections, often preserved as trophies and with little practical use.

The Florina region also borders Albania, where an illegal arms trade flourished in the 1990s following the collapse of hard-line Communist rule and a series of subsequent political upheavals.

Police said the inspections were continuing in the region to “reduce crime and strengthen citizens’ sense of wellbeing and security”. 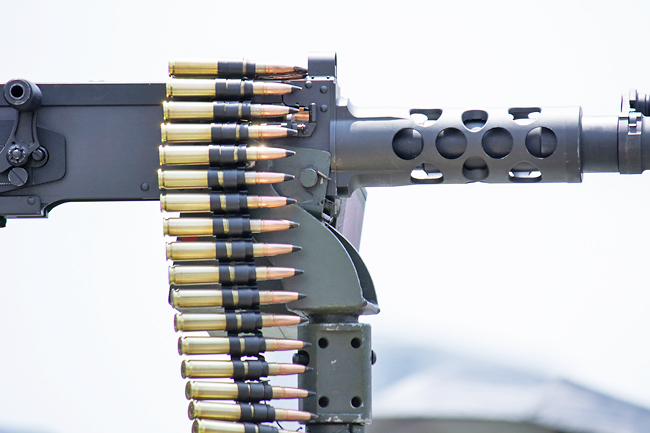