‘We can handle everything’

NEAR SOLEDAR, UKRAINE (AFP) – Bloodied helmets and body armour cut from dead soldiers are discarded on a roadside leading to Soledar, but the Ukrainian medics waiting there stay focussed on those they can save.

Surgeon Vadim, 31, joined the military in February, putting his skills to work “to help the living”.

On Saturday, he was posted near Soledar, the old mining town in the eastern region of Donetsk.

“It is very difficult here. But it was no less difficult in other places,” he told AFP.

“Here is where the intensity is greatest. It’s definitely hard. But we can handle everything.”

On the road slick with ice and whipped by the wind, servicemen pace in the snow or make preparations in ambulances for when the wounded are brought in from the nearby frontline. 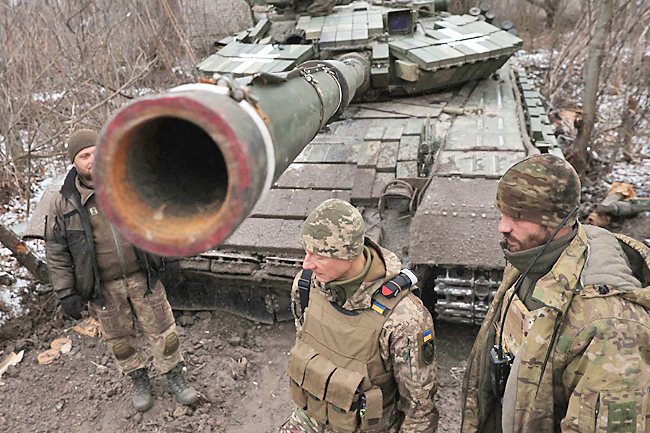 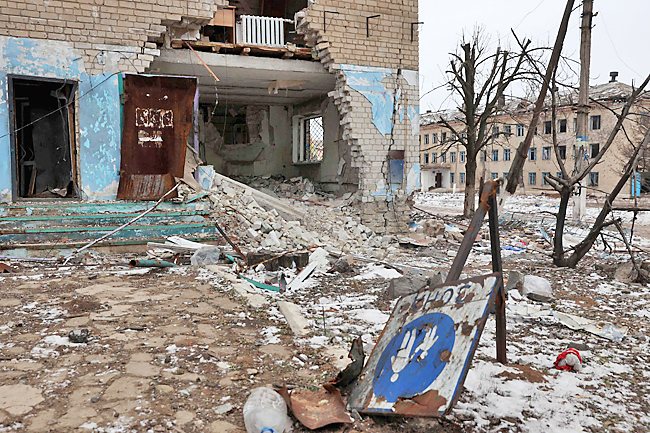 When an ambulance arrives, they leap into action, helping wounded men quickly into another vehicle that will take them to hospital.

Two of the wounded, though dazed and bandaged, manage to move under their own steam. A third, on a stretcher, screams in pain as he is loaded in.

A medic pulls off his latex gloves and tosses them into a pile of others mixed with empty emergency medical kits on the roadside.

Another kneels in the snow over one of the wounded’s armoured vest, gathering cartridges and searching for the man’s identification documents.

They work methodically and swiftly, unphased by the crack of outgoing artillery or the rumble of returning fire.

“We are used to it,” said anaesthesiologist Dmytro, of the booming exchanges and the bloody consequences when the strikes find their mark.

“The only thing I think (about) is how I have to evacuate… Who is the first to go and how many we can take at once,” he added.

“It’s hard… (but) there is a need, you must do it, someone has to do it,” said the medic, who is in his 50s and comes from central Ukraine.

He does not blame anyone who does not want to fight, he added. “It’s a nightmare out there.”

Even closer to Soledar, which Kyiv on Saturday said its military still controls even as Moscow claimed to have captured it, Ukrainian troops worked on a new trench.

Plunging a spade into the frozen earth, an officer who goes by Bender was undaunted by the fierce fighting. “Everyone’s in a fighting mood,” he said, after piling soil into bags to build up earth banks as protection against shrapnel. “The army is standing… we are keeping the defence, the boys are holding on.”