This is the first batch of student since PTE Belait’s move to the new campus.

The event continued with parents and guardians interacting with teachers.

Progresif Sdn Bhd has a booth during the event to promote its Donate Data Campaign that saw the telecommunications company sponsoring WiFi in 10 schools including PTE Belait. 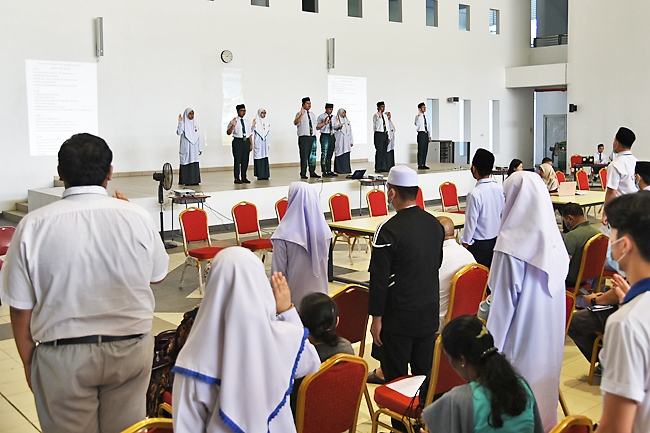