LOS ANGELES (AFP) – Americans are weighing their options this week and deciding where to cast their ballot in the only contest that really matters: Fat Bear Week.

The annual poll will see thousands of people glued to webcams watching bears in Alaska stuff themselves with salmon as they ready for hibernation.

The creatures in Katmai State Park “could easily be eating 45 kilogrammes or more of fish in a day”, former park ranger Mike Fitz, who thought up the vote, told AFP.

In a series of head-to-head elimination contests, voters are looking for the creature that appears to have piled on the most pounds to help it get through the lean months of winter.

A solid reserve of chubbiness is vital to survival.

During five months of deep sleep, the bears do not wake to eat, drink or even go to the toilet, emerging famished – and a lot thinner – in the spring. 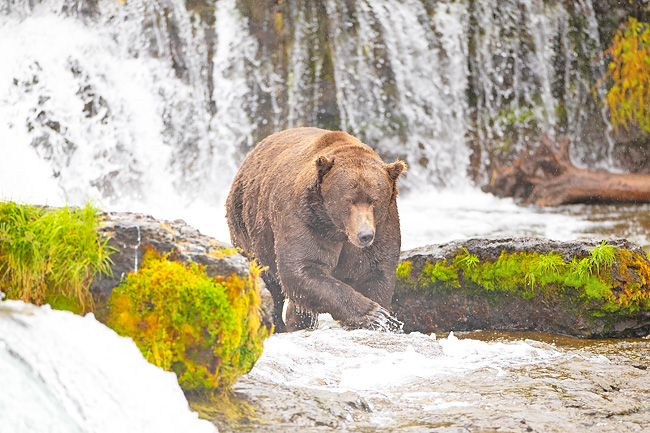 Defending champion Otis, who has four titles to his name, tips the scales at around 1,000 pounds.

This year, he faces a hefty challenge for the overall crown from a bear dubbed 747 – named after Boeing’s enormous plane, and himself a former champ.

But, said Fitz, another pretender to the crown of Ursa-most-Major could emerge from the park’s population of 2,000 bears.

The contest, which takes place online – and of which the bears are probably unaware – began in 2014 with just a few thousand people voting.

By last year, it had become a titan in its own right, with more than 800,000 ballots cast.

“It’s an event to raise awareness for brown bears in Alaska and in Katmai National Park,” said Fitz, who now works as a naturalist for environmental NGO Explore.

“And hopefully through that awareness, people come to care for the animals.”

That awareness is crucial to Fitz’s larger aim of helping to prevent environmental damage.

“On much of the west coast of North America, salmon runs are just hanging on by a thread,” he said.

“We’re doing very poorly in parts of California, in Oregon and Washington due to habitat loss and barriers to their migration like dams.

“And climate change is exacerbating those things with drought and heat waves.”