BARCELONA (AFP) – Real Madrid winger Vinicius Junior accused Spain’s top division La Liga of “doing nothing” to stop racist abuse against him, in a message he published on Saturday.

The Brazilian forward appeared to be abused by some supporters at the Jose Zorrilla stadium after he was substituted in Madrid’s 2-0 win over Real Valladolid on Friday.

“Racists keep going to stadiums to watch the biggest club in the world up close and La Liga continues to do nothing,” wrote Vinicius on his social networks.

“I will continue with my head held high and celebrating my victories and those of Madrid.”

Atletico Madrid fans were filmed aiming racist chants against Vinicius in September before the Madrid derby at the Wanda Metropolitano.

“Hate speech has no place in La Liga. We are investigating last night’s match and, as always in these cases, will work with the clubs and appropriate authorities to identify and prosecute anyone guilty of hate speech,” a La Liga spokesperson told AFP.

“La Liga has detected videos uploaded to social networks of racist insults from a person, not from groups, and they will be charged as in previous cases.”

In the past La Liga have taken to court fans accused of racist insults towards players.

The Spanish league reported racist insults aimed at Vinicius in October 2021 during a Clasico at Camp Nou to the prosecutor’s office, among other incidents.

In December Spanish prosecutors closed an investigation into the racist chants by Atletico fans aimed at Vinicius, saying it was not possible to identify those chanting. 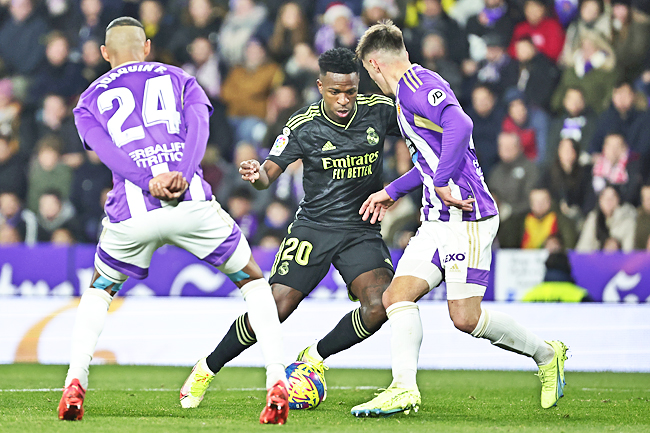