But, as he seeks to break another on-track individual record at the United States Grand Prix two weeks after his title triumph in Japan, his Red Bull team boss Christian Horner will be fired by two more serious ambitions.

His first is to defend the Milton Keynes-based outfit’s reputation amid claims that they ‘cheated’ on their way to powering Max Verstappen to his two consecutive drivers’ title successes in 2021 and 2022.

The accusation that has tarnished their recent achievements came after Red Bull were found to have been in breach of an official budget cap for 2021 – for which they have yet to learn their punishment, but which prompted one rival team to say they had been cheating.

Horner’s second goal is to ensure that the team stay focussed and maintain the stunning form that has seen the Dutchman canter to a runaway second championship by claiming the constructors’ title for the first time since 2013 and fifth in all. 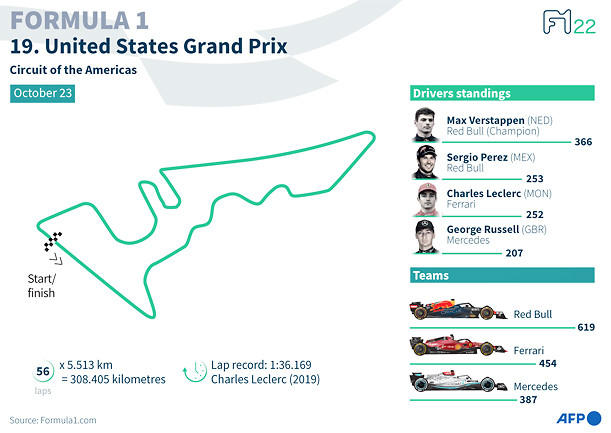 While Verstappen goes in pursuit of his second win at the Circuit of the Americas, where he won last year, Horner is expected to be presenting his case for the defence of Red Bull in private paddock meetings and formal news conferences. According to ruling body, the International Motoring Federation (FIA), Red Bull exceeded a spending limit of USD145 million with a “minor breach” of the cap, believed to be five per cent, or USD7.25 million.

Details of the team’s wrongdoing, the discussions that surrounded the FIA’s analysis of their accounts and any likely penalties have not yet been released, but McLaren team chief Zak Brown, in a widely-reported letter of October 12 sent to the FIA, said their action “constitutes cheating”.

In response, Red Bull have suggested they did not overspend in any performance related areas, but in catering, sick pay and ‘gardening leave’ and are preparing to fight the charges made against them.

Both Mercedes, who dominated the sport from 2014 until this season, and Ferrari are adamant that any breach of the budget cap must be seen as a performance issue and treated with severity.