Having started off with creating short films and music videos during the onset of the COVID-19 pandemic, local filmmaker Hazrul Aizan (Haz) will be debuting his first TV series, New Day, on Progresif Media set to air on November 27.

During an interview, the Envoy Films founder, who is also the director and executive producer of New Day, talked about his filmmaking journey that started from not being able to travel overseas and needing a creative outlet during that period.

“It began with just trying to find ways to occupy my time as everyone was working from home and we were all caught in a bubble. I just wanted to explore things that I hadn’t as I had only focussed on academic work prior,” said Haz.

As someone who had always wanted to make films, Haz began experimenting with creating one-minute videos and short films.

He came in second place in the Brunei Film Blitz, organised by Mahakarya Institute of the Arts Asia, with his short film, Sunrise Sultanate.

Realising his knack for film-making, Haz went on to create music videos for local artistes, such as Ikhla, Bash Harry and Fatin Muzini, with the music video for Fatin’s song Nadapapa earning him an award for Best Lighting during the Authority for Info-communications Technology Industry (AITI) Brunei Content Festival Awards. 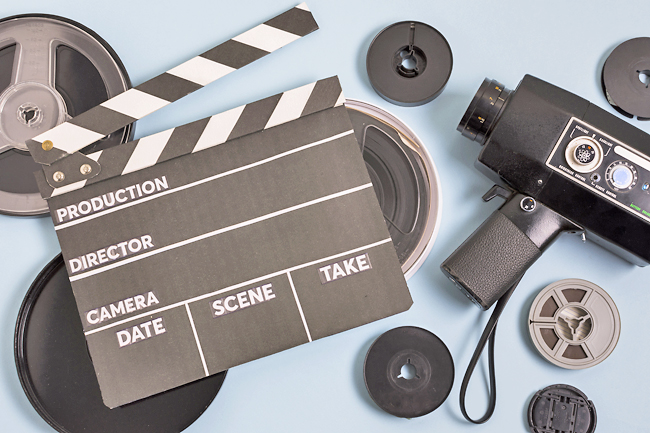 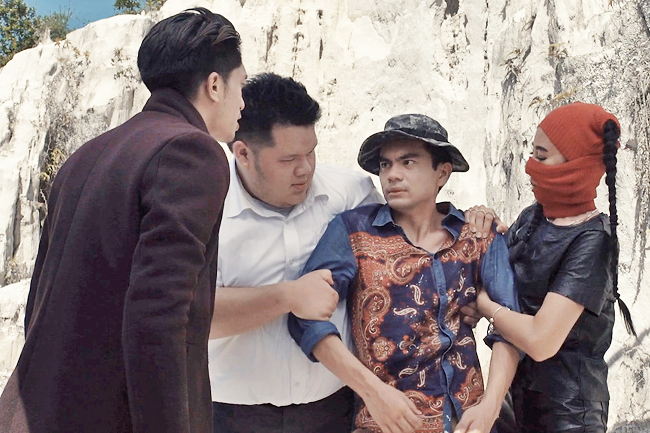 “My journey has been a rollercoaster for two years. I’ve made five music videos, a few videos on Instagram, and now a TV series,” he added.

Describing his new TV series, Haz said that he wanted to create a spin-off for his first short film, Sunrise Sultanate, as part of the Pitch and Produce 2.0 programme.

“I wanted to expand more on that in a TV series, and it was during the middle of the pandemic’s second or third wave, and everyone was stuck at home, so we had to pitch it online. I was one of the 12 freelancers that received the grant.”

Co-created with Danial Shamsuddin, Haz decided to show places that people could relate to through a new world that was “created using my imagination”, he added.

“That’s what drew me to directing. I like The Lord of the Rings, Game of Thrones and I grew up watching Harry Potter. Those were different worlds and I liked the challenge of creating a make-believe world.”

Haz describes the show as an action adventure telling a story of three youth venturing across Brunei.

With the protagonists lined up, an action adventure would not be complete without its villains, and the series sees Amir Rashid as the antagonist Isa, accompanied by two of his sidekicks Ana, played by Wafa M Sabri, and Eddy, played by Muiz.

“These are three heroes and three bad guys, and each of them is a mirror of themselves,” said Haz.

The show sees the main character Danial as an anti-hero and average everyday youth caught in a journey he needs to pursue with his two best friends.

“I wanted a character that people could relate to; and how he is able to overcome challenges.”

Viewers will be able to spot locations such as Jong Batu, Pasir Puteh, the Berakas Forest Reserve and the Brunei History Centre.

“The elements that I wanted were adventure, something unique to Brunei and folklore. I hope I was able to do that with New Day because Brunei has a lot of places to showcase.
“I think filmmaking is about having fun and being a kid, understanding your inner child,” he said

When talking about the challenges of bringing the show to life, Haz said they were in the three different stages – pre-production, during production and post-production.

He also said that working people are a necessity in making a film or TV series, and since those who worked with him were freelancers and actors, the challenge was in building a team that was cohesive, on top of scheduling as they would have their own individual creative projects to pursue.

“Teamwork is important, especially being a freelancer, and you need people to believe in you. This industry is still in its infancy and there’s not much money in it. If your motivation was financial, you’d probably not want to be in this industry.”

Haz added that he came into directing as a means to explore his creative side and showcase his art and project his ideas.

Although Brunei’s film industry still lags behind countries such as Indonesia, Malaysia and South Korea, he believes it’s good to target having a global reach.

However, he added, given that there are a lot of factors determining how far the industry go, the focus now is on producing more content and letting things spread on its own, creating and being able to take out the pent-up creative energy that he has, and enabling people to have fun with film projects.

“Being an adult, there are a lot of responsibilities to shoulder so being able to let the inner child out is refreshing.”