CARACAS, VENEZUELA (AP) – Venezuelan authorities on Saturday charged 12 people in connection with the kidnapping and murder of a longtime government supporter who was behind the high-profile abduction of an American industrialist in the 1970s.

Among those charged was the wife of the slain man Carlos Lanz. Authorities said she conspired with a boyfriend to pay hit men USD8,000 to murder her husband in 2020.

Lanz led a cadre of guerrillas who in 1976 kidnapped William Niehous, who ran the Venezuela operations of Toledo, Ohio-based Owens-Illinois Inc. Niehous was rescued three years later and Lanz spent nearly a decade in jail for the crime.

When leftist Hugo Chavez won the presidency in 1999, he put Lanz in charge of initiatives to create farm cooperatives. Later, Lanz took up teaching and wrote on topics such as “non-conventional warfare”, by the US, cultural insurgency and agricultural development.

In 2020, the 74-year-old Lanz disappeared near his home in Aragua state. His body was later found at a ranch in a nearby state with two bullets to the head – a crime that shocked many inside Nicolas Maduro’s government who revered the ageing Marxist scholar and thought his slaying might have been carried out by foreign mercenaries.

“The investigation is ongoing,” Attorney General Tarek William Saab said in a press conference earlier in the week announcing a breakthrough in the case. “I don’t rule out there could be more arrests.” 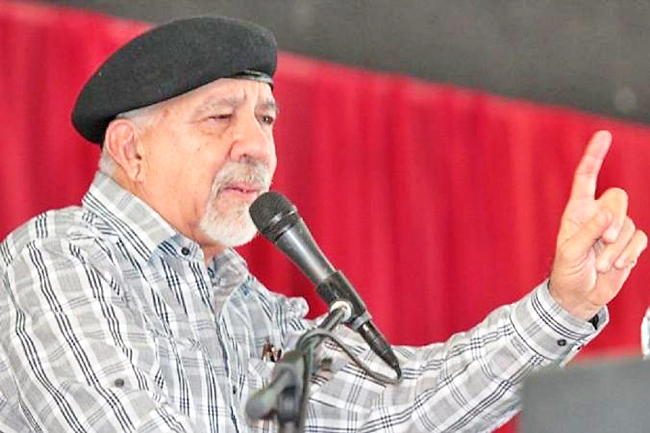