Titled Digital Technology and Global Integration: Opportunities for Innovative Growth, the report shared various key messages, one of which is that the development and adoption of industrial revolution 4.0 technologies can help economies upgrade their participation in global value chains by improving production efficiency, creating new and better products and services and enabling technological advancement.

Senior analyst at the APEC Policy Support Unit Dr Akhmad Bayhaqi said in a press statement, “Participating in global value chains is a common avenue for economies to join the global production and the innovation ecosystem, however we also know that the revenue generated from each stage of the value chain is not equally distributed.”

Dr Bayhaqi explained the concept of the “smiling curve” in value chains, where the two ends of the smile – one end closer to the producer and the other closer to the consumer – have higher gain in terms of value-added compared to the middle point.

“This middle point is the labour-intensive manufacturing stage, which generally adds less relative value,” he said. 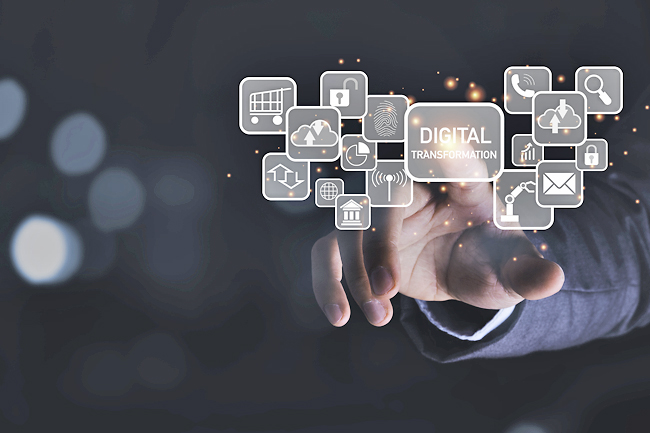 “To increase revenue and gains from participating in global value chains, member economies could move their position either upstream towards research and development activities, or downstream towards branding and marketing activities.”

Dr Bayhaqi further shared that “Global value chains, as a form of trade network between multinational corporations and their globally dispersed suppliers, can be channels for the transfer of knowledge, know-how and innovation.”

“Advanced digital production technologies can bring about integration and upgrading benefits as well as opportunities, such as improving production efficiency using big data analytics,” he added.

Referring to the policy brief, the statement noted that this is where the development and adoption of industrial-revolution 4.0 technologies play a role. The level of technological advancement of an economy could influence its position in global value chains, it was shared.

Investing in research and development, as well as labour upskilling, for example, can help member economies leapfrog to higher stages, while a more traditional approach, such as specialisation, could help member economies incrementally build their technology and production capabilities as they move up value chains.

“Some APEC economies, such as China, Japan, Korea, and the United States have been particularly active in patenting, with inventions (mostly) in core technologies and applications in home and consumer goods. Economies that are active in patenting also show the highest patent content embedded in their value chains,” said the report.

The report proceeds to highlight that APEC economies are moving in heterogeneous directions in integrating into global value chains. “APEC economies such as Mexico and Vietnam have become increasingly integrated into global value chains, as represented by their high foreign shares in both backward and forward linkages. Meanwhile, economies such as China, Indonesia, and Malaysia show lower participation in global production.”

Another of the policy brief’s messages is that an economy’s global value chains integration trajectory may be influenced by its level of technological advancement.

“The specific trajectory may be attributable to the economy’s global value chains positioning and upgrading strategies at the economy as well as the sectoral levels, such as labour-intensive production capabilities or policies to attract foreign direct investment (FDI) in prioritised sectors.”

The policy brief further highlights that “in upgrading, economies could follow a non-linear path, leapfrogging to higher stages through strategic investment in R&D and labour force upskilling”.

“A more gradual, linear upgrading path could be achieved through specialisation, where economies could incrementally build up their technology and production capabilities as they move up the value chains”.

“However, this is a knowledge-intensive process that requires significant investments in human capital and technology,” said the report. “To access the necessary technology for global value chain upgrading, economies could consider developing policies to attract high-quality FDI. That means targetting FDI that goes beyond labour-intensive job creation and that holds the promise of extensive technology transfer to the domestic economy (that increases competitiveness at the firm level).”

The press statement added that the advantage of adopting and investing in industrial revolution 4.0 technologies goes beyond adding revenue and gains.

“It is a forward-looking strategy that allows member economies to continue their innovative growth path, as mandated in the APEC Putrajaya Vision,” said the statement.