BEIRUT (AP) – Families of some of the victims of Beirut’s deadly port blast have filed a USD250 million lawsuit against an American-Norwegian firm suspected of involvement in bringing the explosive material to the port, a Swiss foundation announced on Wednesday.

Accountability Now, which said its mission is to support Lebanese civil society efforts to put an end to the impunity of the country’s leaders, said the lawsuit was filed on Monday. There are nine plaintiffs who are either Americans or relatives of an American, the group said.

The move comes as a domestic investigation in Lebanon has been stalled since December, following legal challenges brought by officials wanted for questioning against the investigative judge working on the case.

Hundreds of tonnes of ammonium nitrate, a highly explosive material used in fertilisers that had been improperly stored in the port for years, exploded on August 4, 2020 killing nearly 220 people, injuring over 6,000 others and causing damage worth billions of dollars.

The Lebanese probe shows that most government officials knew of the dangerous material stored at the port. The blast worsened the country’s economic meltdown rooted in decades of corruption and mismanagement that began a year earlier.

Accountability Now said the USD250 million lawsuit filed in Texas names US-Norwegian geophysical services group TGS, which owns the British firm Spectrum Geo, saying it had entered into a series of “highly profitable but suspicious contracts with the Ministry of Energy in Lebanon”. 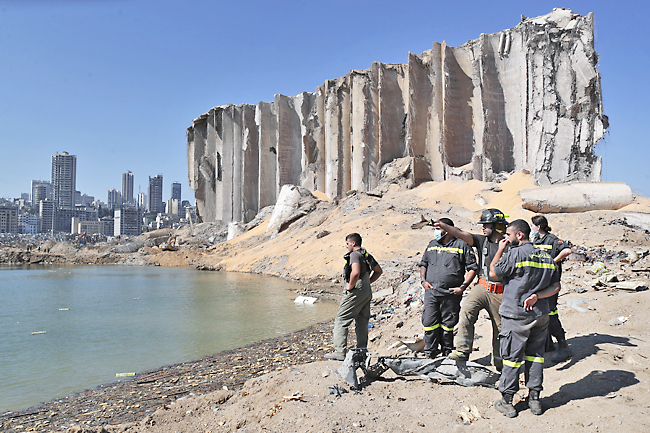