WASHINGTON (AFP) – American employers ratcheted back their hiring in August, which slowed for the second straight month, according to data yesterday from payroll firm ADP.

Private jobs increased by 132,000 this month, less than half the pace of July, when firms hired nearly 270,000 workers, ADP said in its newly revamped survey.

The data, coming before Friday’s all-important government employment report, could be good news for the Federal Reserve which has been aggressively pushing up interest rates to tamp down red-hot inflation, amid fears the strong labour market will cause a wage spiral.

“We could be at an inflection point, from super-charged job gains to something more normal.”

She noted that despite a slowdown in the housing sector – due to higher borrowing costs – hiring in construction has continued, increasing 21,000 in August, while manufacturing showed no gains. 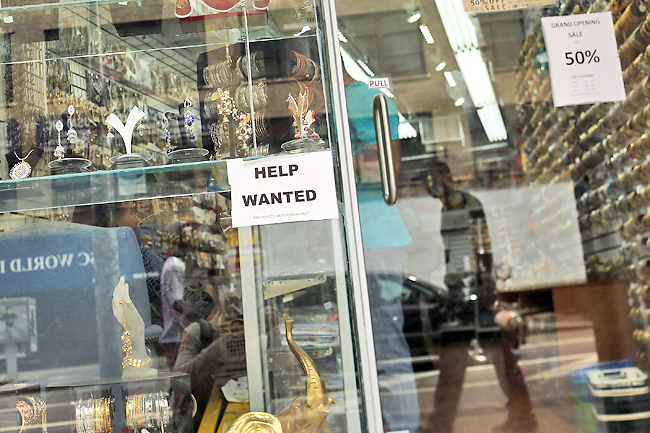