US newspapers dying at a rate of two each week

NEW YORK (AP) – Despite a growing recognition of the problem, the United States (US) continues to see newspapers die at the rate of two per week, according to a report issued on Wednesday on the state of local news.

Areas of the country that find themselves without a reliable source of local news tend to be poorer, older and less educated than those covered well, Northwestern University’s Medill School of Journalism, Media and Integrated Marketing Communications said.

The country had 6,377 newspapers at the end of May, down from 8,891 in 2005, the report said. While the pandemic didn’t quite cause the reckoning that some in the industry feared, 360 newspapers have shut down since the end of 2019, all but 24 of them weeklies serving small communities.

An estimated 75,000 journalists worked in newspapers in 2006, and now that’s down to 31,000, Northwestern said. Annual newspaper revenue slipped from USD50 billion to USD21 billion in the same period.

Even though philanthropists and politicians have been paying more attention to the issue, the factors that drove the collapse of the industry’s advertising model haven’t changed.

Encouraging growth in the digital-only news sector in recent years hasn’t been enough to compensate for the overall trends, said visiting professor at Medill and the report’s principal author Penelope Muse Abernathy. 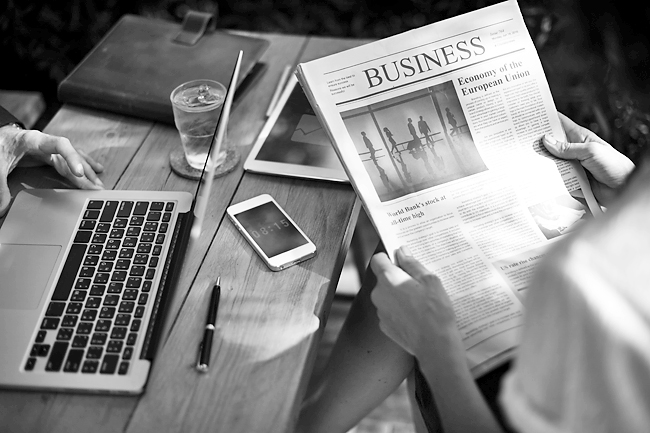 Many of the digital-only sites are focussed on single issues and are clustered in or close to big cities near the philanthropic money that provides their funding, the report said.

News “deserts” are growing – the report estimated that some 70 million Americans live in a county with either no local news organisation or only one.

“What’s really at stake in that is our own democracy, as well as our social and societal cohesion,” Abernathy said. True “daily” newspapers that are printed and distributed seven days a week are also dwindling – the report said 40 of the largest 100 newspapers in the country publish only-digital versions at least once a week.

Inflation is likely to hasten a switch away from printed editions, said director of the Medill Local News Initiative Tim Franklin.

Much of the industry churn is driven by the growth in newspaper chains, including new regional chains that have bought hundreds of newspapers in small or mid-sized markets, the report said.

Less than a third of the country’s 5,147 weekly newspapers and a dozen of 150 city and regional daily papers are now locally-owned and operated, Medill said.

Abernathy’s report pointed to a handful of “local heroes” to counter the pessimism that the raw numbers provide. One is Sharon Burton, publisher and editor of the Adair County Community Voice in Kentucky, where she pushes her staff towards aggressive journalism while also successfully lobbying to expand postal subsidies for rural newspapers.