KYIV, UKRAINE (AP) – Ukraine has bought some 1,400 drones, mostly for reconnaissance, and plans to develop combat models that can attack the exploding drones Russia has used during its invasion of the country, according to the Ukrainian government minister in charge of technology.

In a recent interview with The Associated Press, Minister of Digital Transformation Mykhailo Fedorov described Russia’s war in Ukraine as the first major war of the Internet age. He credited drones and satellite Internet systems like Elon Musk’s Starlink with having transformed the conflict.

Ukraine has purchased drones like the Fly Eye, a small used for intelligence, battlefield surveillance and reconnaissance.

“And the next stage, now that we are more or less equipped with reconnaissance drones, is strike drones,” Federov said. “These are both exploding drones and drones that fly up to three to 10 kilometres and hit targets.”

He predicted “more missions with strike drones” in the future, but would not elaborate. “We are talking there about drones, UAVs, UAVs that we are developing in Ukraine. 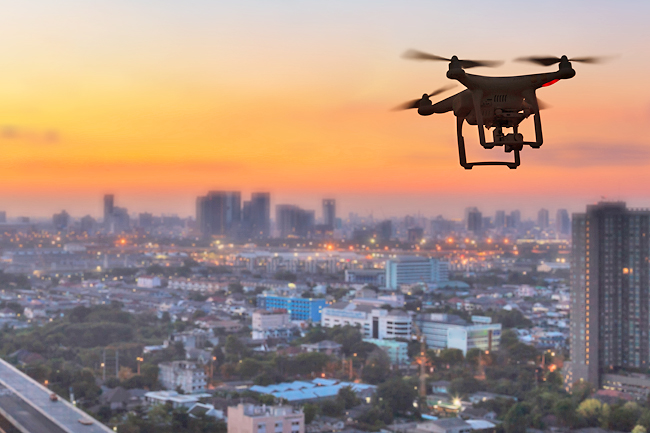 Well, anyway, it will be the next step in the development of technologies,” he said.

Russian authorities have alleged several Ukrainian drone strikes on its military bases in recent weeks, including one on Monday in which they said Russian forces shot down a drone approaching the Engels airbase located more than 600 kilometres from the Ukrainian border.

The base houses Tu-95 and Tu-160 nuclear-capable strategic bombers that have been involved in launching strikes on Ukraine.

Ukrainian authorities have never formally acknowledged carrying out such drone strikes, but they have made cryptic allusions to how Russia might expect retaliation for its war in Ukraine, including within Russian territory.

Ukraine is carrying out research and development on drones that could fight and down other drones, Federov said.

Russia has used Iranian-made Shahed drones for its airstrikes in Ukrainian territory in recent weeks, in addition to rocket, cruise missile and artillery attacks.