LONDON (AP) – Former British Treasury chief Rishi Sunak formally launched his campaign to replace departing Prime Minister Boris Johnson on Friday, leaping to the front of what is set to be a large pack of Conservative Party contenders – even as some party lawmakers pushed to get the scandal-tarnished Johnson out of office before his replacement is elected over the summer.

Johnson announced his resignation on Thursday – a dizzying about-face after months of insisting he would stay in the job despite mounting ethics scandals and growing Conservative discontent.

He quit as party leader with a statement outside 10 Downing Street, but said he would stay on as prime minister until his successor is chosen by the party.

That decision didn’t sit well with some of his Conservative colleagues, who worry that Johnson lacks the authority to hang on, or could do mischief even as a caretaker prime minister.

James Cleverly, who was appointed Education Secretary on Thursday after his predecessor quit during a mass exodus of ministers, defended Johnson’s decision to stay. 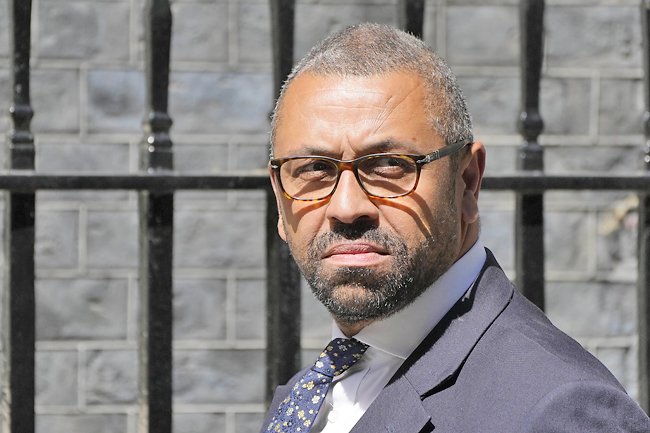 Party officials tomorrow are expected to set out the timetable for a leadership contest, with the aim of having a winner by the end of the summer.

The two-step process involves Tory lawmakers voting to reduce the field of candidates to two, who will go to a ballot of all party members.

Sunak, whose resignation this week helped topple Johnson, launched his campaign with a slick video casting himself as a serious leader who could “grip this moment and make the right decisions”.

“Do we confront this moment with honesty, seriousness and determination, or do we tell ourselves comforting fairy tales that might make us feel better in the moment, but will leave our children worse off tomorrow?” asked Sunak.

Also in the running are Tom Tugendhat, who chairs the House of Commons’ influential Foreign Affairs Committee, and Attorney General Suella Braverman.

Professor of government at the London School of Economics Tony Travers said the party would be seeking a leader “a bit less exciting” than Johnson.

“Less exciting, but competent,” he said.

Johnson remains in office atop a caretaker administration but many Conservatives said a lame-duck leader is the last thing the country needs amid a worsening cost-of-living crisis triggered by soaring food and energy prices.

The prime minister’s spokesman Max Blain said Johnson would abide by political convention and “stick with pre-agreed policies” during his remaining time.