GDP increased 0.1 per cent from the previous month, the Office for National Statistics (ONS) said yesterday. That beat the expectations of economists, who had forecast a 0.2 per cent contraction.

The ONS said monthly GDP estimates should be treated with caution because they are more volatile than quarterly data.

Economists are waiting for the release of fourth-quarter GDP data next month, which will show whether the British economy shrank from a second consecutive quarter in the three months through December.

November’s expansion was driven by a two-per-cent growth in administrative and support activities, with employment services growing 2.1 per cent, the ONS said. Overall, service industries account for about 80 per cent of the British economy.

Consumer-facing activities expanded 0.4 per cent led by a 2.2-per-cent jump in food and beverage services as the World Cup got underway.

Growth in the service sector offset a 0.2 per cent decline in the output of production industries.

Manufacturing declined 0.5 per cent in November and construction activity stagnated in the month. 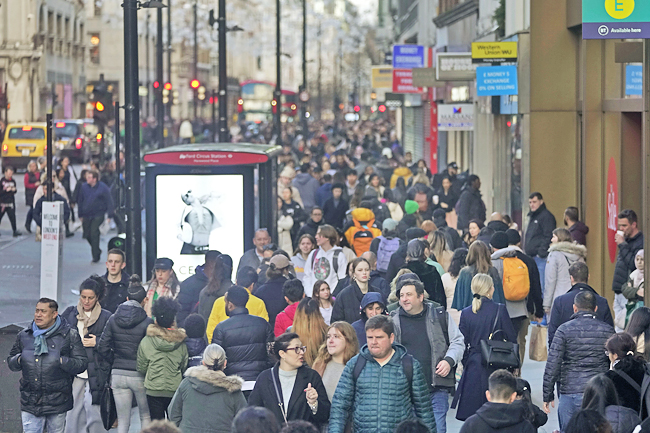