KAMPALA, UGANDA (AP) – A Ugandan opposition figure who is calling for street protests against rising commodity prices is being detained inside his home by police.

Four-time presidential candidate Kizza Besigye has been unable to leave his home outside the capital, Kampala, since May 12, with police pitching camp nearby to enforce his apparent house arrest.

Besigye’s detention followed his call for Ugandans to “wake up” and protest against rising commodity prices that the government blames mostly on the war in Ukraine, a major supplier of grain and edible oils.

Besigye is a serial campaigner against the government of longtime President Yoweri Museveni.

Besigye’s current home confinement has drawn anger from his followers, and there are growing calls by activists and others for the government to intervene.

But authorities are ruling this out and urging the people to tighten their belts.

Museveni, an authoritarian who has been in power since 1986, told Ugandans in a recent speech to substitute cassava for bread, saying the widely cultivated root tuber is a healthy alternative that drew scorn from many. 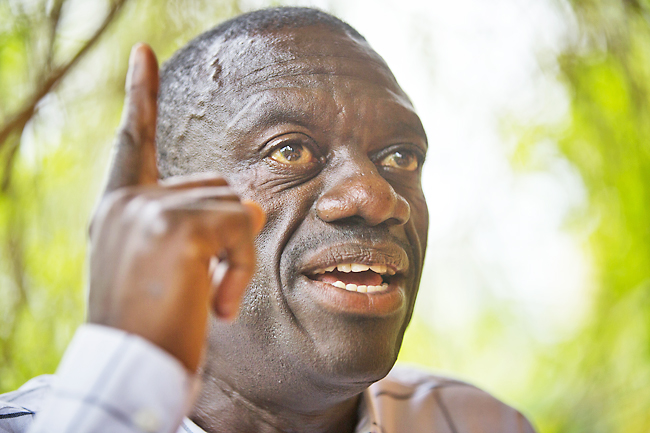