AP – Members of the United Auto Workers (AUW) union on Thursday rescinded an increase in strike pay that had been approved earlier in their annual convention.

The Detroit Free Press reported that after some delegates raised concerns about the potential cost of the USD500 a week strike pay, it was dropped. But a previous increase in strike pay that union officials made earlier this year remains in place. So striking workers will still receive USD400 a week, up from the previous USD275.

Another change that will allow strike pay to begin on the first day of a walkout instead of the eighth was allowed to stand.

Over 1,000 CNH Industrial workers who have been on strike at plants in Burlington, Iowa, and Racine, Wisconsin, since early May will likely be affected by the changes.

That is just one of the latest in a string of strikes since the pandemic began. The largest one was a monthlong strike by 10,000 Deere & Co workers in the UAW last year that led to a new contract that included 10 per cent raises.

Other unions have also gone on strike to demand better wages and benefits, including about 2,500 machinists union members who plan to go on strike next week at three Boeing plants in Missouri and Illinois and a two-month-long strike last year by 1,400 workers at Kellogg’s cereal plants in four states. 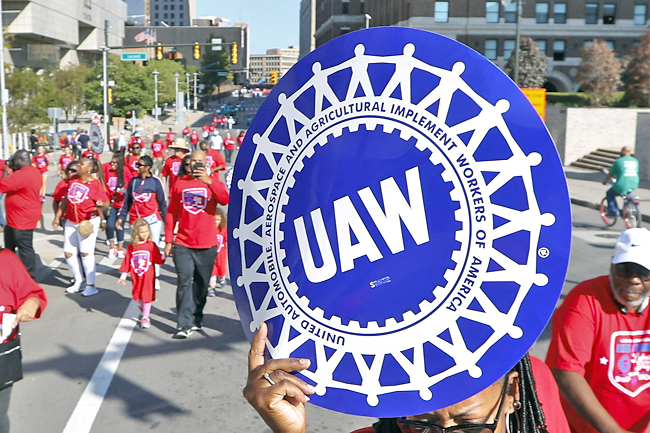