Turning up the heat at cooking competition

The Ministry of Education, through the Special Education Department yesterday, organised the final round of the 3rd National Level Cooking Competition for Pre-Vocational Programme students at the Institute of Brunei Technical Education (IBTE) Sultan Saiful Rijal Campus in Jalan Muara.

Eight schools competed in the finals in which they were required to prepare three dishes revolving around the theme of ‘free creativity’.

This year’s competition saw teams of three students preparing the dishes while one student handling flower arrangements and table decorations.

The event has been carried out since 2018 to serve as a platform for students to master culinary skills. 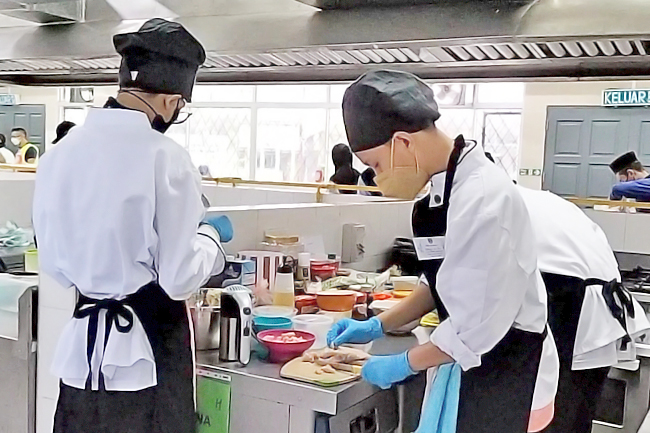