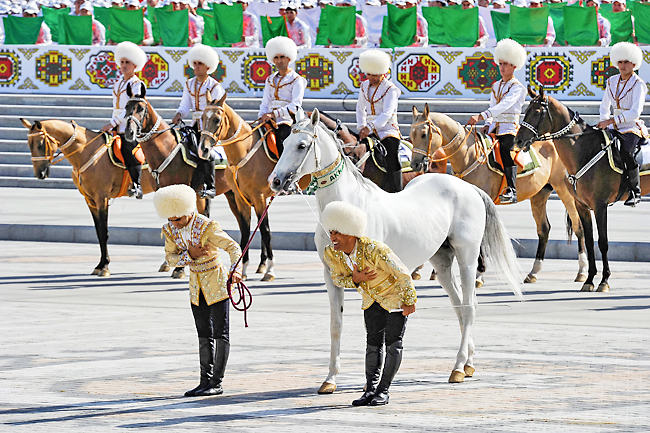 Ashgabat, Turkmenistan (AFP) – Long treated as a national celebrity, the favourite horse of Turkmenistan’s former president is to be immortalised with a personal statue in the gas-rich Central Asian country.

The Akhal-Teke breed of horse enjoys a prominent role in government propaganda in the former Soviet nation and Ak Khan – whose name means White Khan – was the prized stallion of Gurbanguly Berdymukhamedov, who stepped down in March after 16 years in power.

On Monday, state newspaper Neutral Turkmenistan reported that Berdymukhamedov’s son and successor Serdar Berdymukhamedov approved the monument in the province of Akhal outside Ashgabat.