AP – Former President Donald Trump (AP; pic right) is suing the House committee investigating the January 6 attack on the United States (US) Capitol to avoid cooperating with a subpoena requiring him to testify.

The suit filed on Friday evening contends that, while former presidents have voluntarily agreed to provide testimony or documents in response to congressional subpoenas in the past, “no president or former president has ever been compelled to do so”.

“Long-held precedent and practice maintain that separation of powers prohibits Congress from compelling a President to testify before it,” Trump attorney David A Warrington said in a statement.

The committee declined to comment on the filing, which comes days before the the deadline set by the committee for Trump to begin cooperating. But the suit likely dooms the prospect of Trump ever having to testify, given that the committee is expected to disband at the end of the legislative session in January.

It also comes just days before Trump is expected to formally launch a third campaign for president at his Mar-Lago club.

The committee had voted to subpoena Trump during its final televised hearing before the midterm elections and formally did so last month, demanding testimony from the former president either at the Capitol or by videoconference by mid-November, and continuing for multiple days if necessary. The letter also outlined a sweeping request for documents, including personal communications between Trump and members of Congress as well as extremist groups.

Trump’s response to that request was due last week, but the nine-member panel extended its deadline to this week.

In his suit, Trump’s attorneys attack the subpoena as overly broad and frame it as an infringement of his First Amendment rights. They also argue other sources besides Trump could provide the same information the committee wants from him.

The panel – comprised of seven Democrats and two Republicans – issued a statement last week saying it was in communication with Trump’s attorneys. 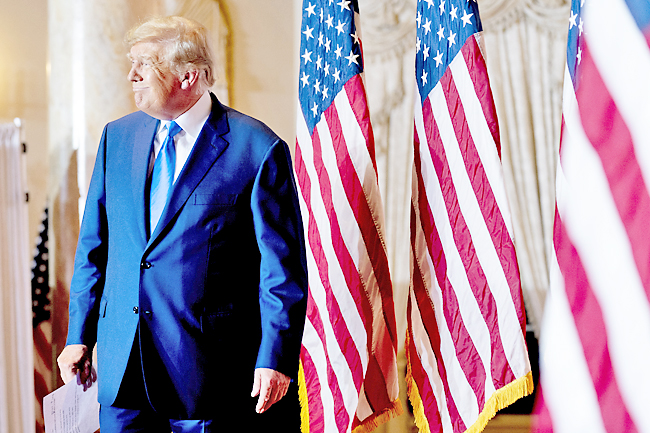