Senior Magistrate Hajah Ervy Sufitriana binti Haji Abdul Rahman, on handing sentence, highlighted the fact that they caused substantial loss to the victims, their nominal and unlawful gain from selling the platform trailers, attracting custodial sentences to reflect the aggravating factors of the case.

The court also said Mohamad Ishak’s sentence has to be distinguished from his co-defendants as he “undoubtedly has not learnt from previous lengthy jail sentences for previous convictions in 2013 and 2018”.

Prosecutor Sabrina binti Haji Mahmud’s facts of the case revealed that in May, Mulkan towed to an area in Jalan Meragang, an old vehicle belonging to someone else. The trio then disassembled parts of the vehicle to be sold.

They also noticed two platform trailers of different lengths, and subsequently hatched a plan to sell them. 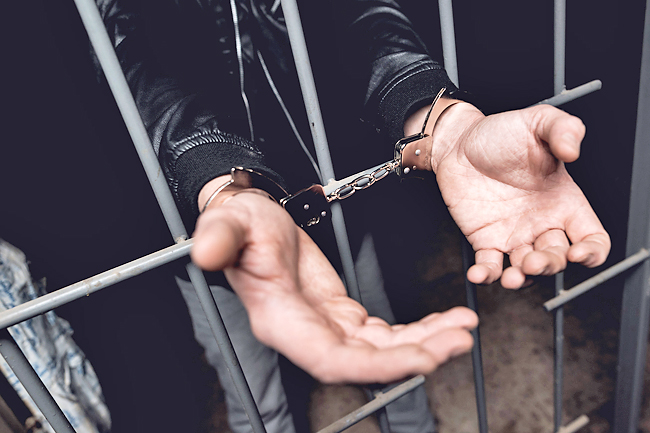 Mohamad Ishak contacted a scrapyard manager, offering to sell the items he claimed belonged to his late father. The location to where the platform trailers were stored was provided.

Later in the day, Sainrin sent pictures of the platform trailers to the manager.

Arriving at the location, the manager realised the platform trailers belonged to a former business partner.

He immediately visited his former partner and son to inform them, only to be told there were no plans to sell the platform trailers.

The defendants eventually sold the platform trailers to another scrapyard, who exported it.
On May 29, the son visited the site and realised the two platform trailers were missing. A police report was lodged, leading to the trio’s arrest.

The trio pleaded for the court’s leniency, urging that a fine be imposed, instead of a prison sentence. Prosecutor Sabrina submitted to court that a custodial sentence would be justified for the defendants who lacked respect for the property of others, and the fact that the victims suffered a significant loss.

The court has set July 19 for trial dates to be fixed in Salina’s case.