Travel agents believe that the success of the Sabre Brunei Travel Fair over the weekend is indicative of locals desiring to venture abroad despite reports of COVID-19 variants around the world.

“Alhamdulillah, the response to the travel fair was very good. It has been nearly three years since the last travel fair, so we didn’t expect the response to be this encouraging,” said General Manager of Straits Central Agencies (B) Sdn Bdh Nur Khadijah binti Abdullah.

“It is a good sign that people are willing to travel again,” she said.

Seats for hot destinations such as Kuala Lumpur and Singapore were sold out even before the travel fair began, she said.

Despite that, travellers were willing to take other options such as Kuching, Saigon and Taipei, she said.

Meanwhile, Darussalam Services also received an overwhelming response, according to a spokesperson from the travel agency.

“Promotional rates were taken up fast on the first day. We also had a few early birds who actually queued up at 8am, an hour before the opening time,” said the spokesperson.

The most common destinations purchased were Malaysia, Singapore, Jakarta, London, Seoul and Tokyo,” said the spokesperson.

“We sold out on most of our December Umrah dates, as well as a few outbound tours.

“There were also customers who signed up for our inbound tours. Apart from walk-ins, we also received a lot of phone calls and online bookings,” he said. 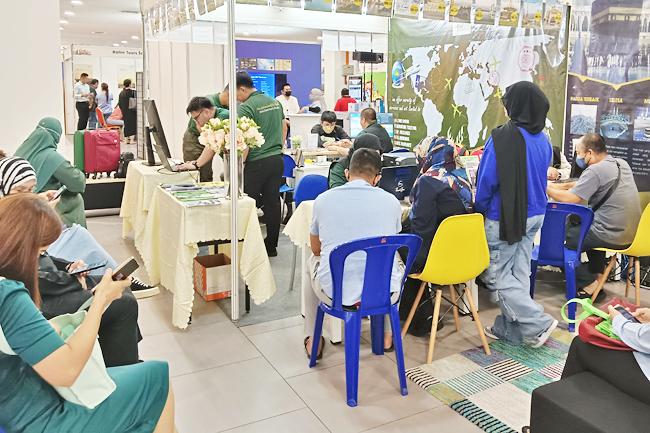