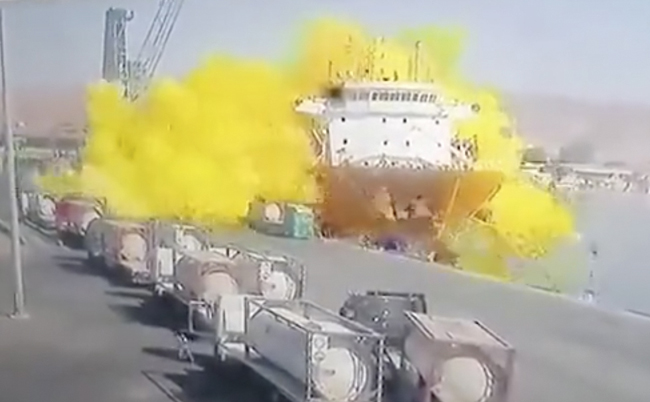 AMMAN, Jordan (AP) – A crane loading chlorine tanks onto a ship in Jordan’s port of Aqaba on Monday dropped one of them, causing an explosion of toxic yellow smoke that killed at least 13 people and sickened some 250, authorities said.

Video carried on state TV showed the moment the tank exploded, sending dockworkers scrambling to escape the toxic cloud. Some 200 people were hospitalised.

The Public Security Directorate, which initially described it as a gas leak, said authorities sealed off the area after evacuating the injured and sent specialists in to address the situation.