Towards a better future for children

The COVID-19 pandemic struck as progress towards most of the Sustainable Development Goals was already off-track, widening the gap of inequality and discrimination among children.

In the face of multiple crises including COVID-19, poverty and impacts of climate change, the United Nations Children’s Fund (UNICEF) continued to support children around the world to protect their rights and future.

The UNICEF Annual Report 2021 outlines the organisation’s achievements for children and youth over the past year, one of which is leading the procurement and supply of COVID-19 vaccines for low and middle-income countries on behalf of the COVAX Facility. Over 958 million doses were shipped to 144 countries and territories.

The organisation also reached about two-thirds of women with at least four antenatal care visits in the 50 focus countries of the Every Newborn Action Plan and postnatal care.

One of the major breakthroughs last year was the largest ever release of children from detention, following the increased risk of contracting COVID-19 in confined and overcrowded spaces in addition to inadequate access to nutrition, healthcare and hygiene services. Over 45,000 children across 84 countries have been released since the pandemic began, returning safely to their family or an appropriate alternative. 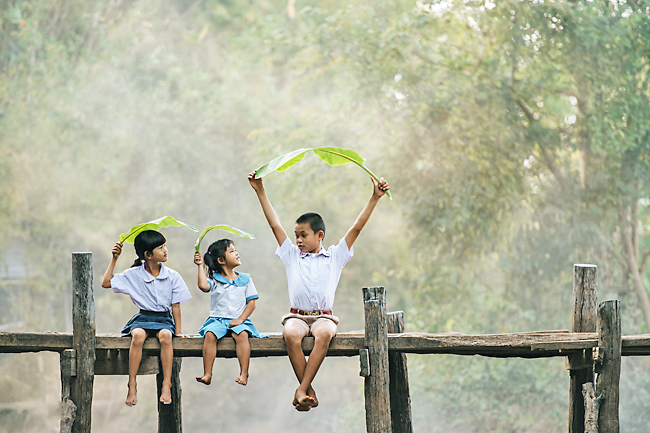 UNICEF also led positive policy change and action in 92 per cent of intended countries through global advocacy on vaccines, education, mental health, water, climate, nutrition and child protection in humanitarian situations. Other achievements of the organisation include responding to 483 new and ongoing humanitarian crises in 153 countries, and procuring USD7.2 billion in supplies and services from nearly 11,150 suppliers.

This year, UNICEF is embarking on its next four year strategic plan, focussing on the issues of children’s mortality, poverty, vulnerability, gender inequality and exclusion.

The first Goal Area is to ensure every child survives and thrives. In 2021, UNICEF reached nearly 336 million children with services to prevent stunting and other forms of malnutrition. This is an increase of 38 per cent compared to 2020.

About 67.4 million adolescents were provided services and support to prevent anaemia and other forms of malnutrition, almost twice the figure from 2020. Over eight million children with suspected pneumonia were given antibiotics. In addition, almost 39 million live births were delivered in health facilities, of which 80 per cent were attended by skilled health personnel for essential newborn care.

The second Goal Area is to ensure every child learns. The lack of basic literacy skills among children is a common issue around the world, particularly in poor countries. More than half of children aged 10 in low-income and middle-income countries are unable to read and understand a simple story by the time they finish primary school.

In addition, many schools around the world were closed down as a result of the pandemic and children lost about 1.8 trillion hours of in-person learning. In 2021, 48.6 million out-of-schoolchildren gained access education with the aid of UNICEF. Meanwhile, 42 million children received learning materials. UNICEF-supported skills development programmes benefitted 33 million children in 91 countries.

The third Goal Area is to ensure every child is protected from violence and exploitation. In many countries, more than two-thirds of children are subject to violence. UNICEF supported 4.4 million children who had experienced violence with health, social work and justice services – an increase of over 80 per cent from 2017.

While the prevalence of child marriage has decreased worldwide since a decade ago, the practice remains widespread despite laws against it. Every year, 12 million girls aged under 18 marry, and an additional 150 million are expected to marry by 2030. In 2021, 7.6 million adolescent girls across 47 countries received child marriage prevention and care interventions.

With regards to mental health and psychosocial support, UNICEF reached over 8.4 million children and adolescents in 111 countries as well as 3.6 million parents and caregivers in 97 countries.

The fourth Goal Area is to ensure every child lives in a safe and clean environment. Nearly half of the children around the world live in countries that are vulnerable to the impacts of climate change. Lack of water and soap is a common problem not only at home but also at school, an issue faced by 900 million children. In addition, 40 per cent of healthcare facilities are not equipped to practice hand hygiene at points of care.

With the support of UNICEF, 106 countries implemented national community-based handwashing programmes. Over 33 million gained access to water services for drinking and hygiene, while over eight million had access to sanitation services.

The fifth and final Goal Area is to ensure every child has an equitable chance in life. Globally, about one in 10 children is disabled. In 2021, UNICEF reached more than 4.8 million disabled children through disability-inclusive programming, more than twice the figure in 2020. UNICEF also supported 78 countries in building capacity on child poverty measurement.