Tiger will rest and work on walking after family outing

MIAMI (AFP) – Tiger Woods isn’t sure when he will play competitive golf again, but the 15-time major winner intends to rest and improve his walking ability in the coming weeks.

Woods and his son Charlie settled for a share of eighth on Sunday at the PNC Championship family golf tournament won by Fiji’s Vijay Singh and son Qass Singh.

Woods, aided by carts at the weekend event, plans to strengthen his legs as he recovers from severe leg injuries suffered in a February 2021 car crash and nagging plantar fasciitis in his right foot.

“Plantar fascitis is no fun and now I get to truly recover and heal and progress forward on this,” Woods said on Sunday.

“There are so many good things that I’ve been able to do physically – be able to hit the golf ball and practice and do everything in a standstill.

“But I haven’t been able to get from point A to point B and we’re obviously going to work on this.”

Woods, whose 82 PGA Tour titles is level with Sam Snead for the career record, reflected on the progress he made from last year’s event, when his recovery and future were unclear. 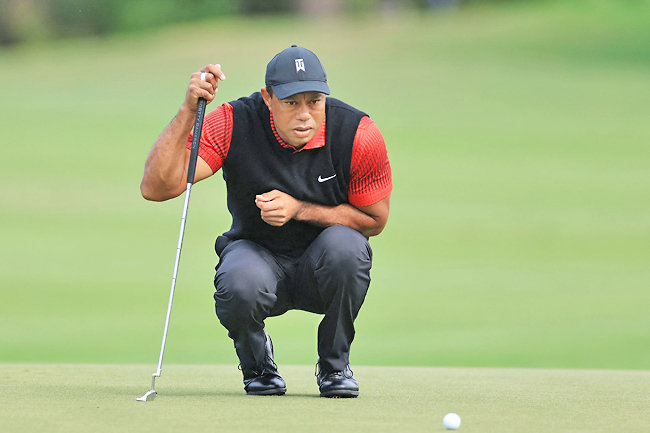 “A lot,” he said. “Last year I played with a broken leg. This year nothing was broken, but it was good that all the pieces are there again all lined up.”

Woods only managed nine competitive rounds in 2022, finishing 47th at the Masters, withdrawing with leg pain after three rounds of the PGA Championship and missing the cut at the British Open at St Andrews.

“It was a tough year but also one of the more rewarding years I’ve had in a while,” Woods said.

Woods reflected on his emotions on playing at St Andrews, saying that while he plans to play again at the Open, he might no longer be playing the next time the event is played on the famed Scottish course, with Opens scheduled elsewhere through 2025.