Tiger to compete with McIlroy

MIAMI (AFP) – Tiger Woods returns to competitive golf after a five-month layoff alongside top-ranked Rory McIlroy against Justin Thomas and Jordan Spieth on Saturday in The Match, a 12-hole made-for-television event.

Woods skipped last week’s Hero World Challenge, an invitational event he hosts in the Bahamas, due to plantar fasciitis in his right foot.

“I can tell you one thing,” Woods said. “I have the number one player on my team so I’m good.”

Woods has been limited by severe leg injuries suffered in a February 2021 car accident. He returned at this year’s Masters and walked all 72 holes but withdrew from the PGA Championship in May with leg pain and missed the cut in July’s British Open at St Andrews. 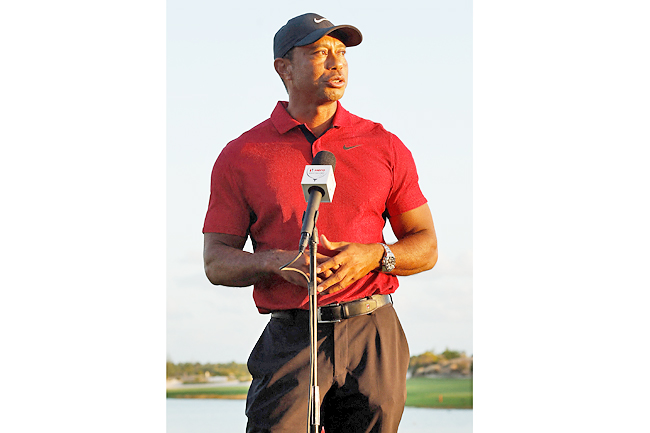