Thumbs up for Niah National Park

Despite being the smallest national park in Sarawak, Niah National Park has been one of the most important and unusual attractions among local and foreign tourists, not only because it has been famously claimed as the birthplace of civilisation in the region, but also because it is the home of the limestone cave of Niah, which has much to offer and is an interesting day trip from Miri.

Being one of the oldest caves and the biggest limestone caves in the world, Niah Cave is also rich with history. Although it is well known, it has not been visited by many including Bruneians and even locals, despite being a drive away.

The Malaysian High Commission in Brunei Darussalam recently hosted a trip to Niah National Park and a tour of the Niah Cave, with invitations extended to the Sultanate’s Diplomatic Corps.

The bus ride to Niah took less than two hours and the diplomats were excited for the visit as it would be their first time stepping foot in the historical cave.

Upon arrival at the national park, they were welcomed by the Sarawak Forestry Corporation (SFC) where park warden January presented a safety briefing and provided background on the Niah Cave, before the cave exploration. 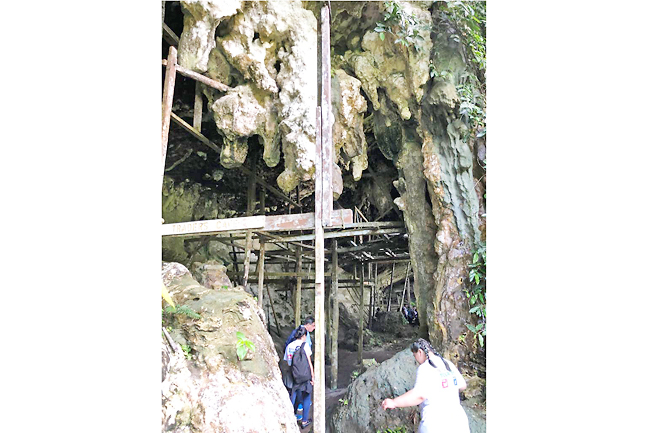 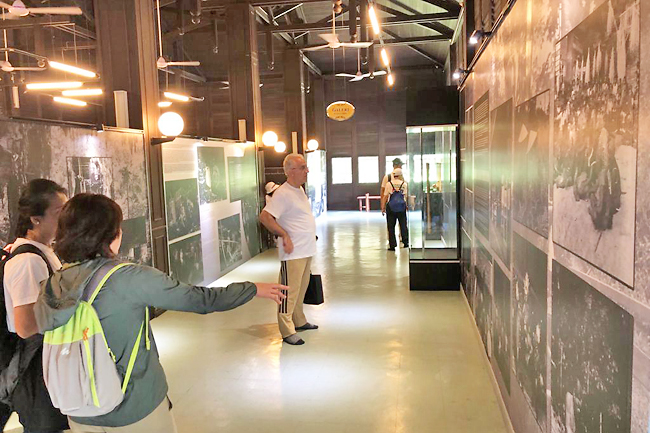 The diplomats were divided into groups, with each accompanied by a park guide. After a few minutes’ walk, they stopped at the Niah Archaeology Museum.

After a tour of the museum, the trip continued to the jetty for a river boat ride to cross over to the main site of the Niah Cave. They spent about an hour taking in the scenery of flora and fauna.

There were also Iban women selling food and drinks, as well as handicrafts.

Before arriving at Niah Cave, visitors will come across Dagang Cave, a name taken after the area used to be the location of traders selling bird nests to outsiders in exchange for food and other necessities.

“Visitors need to practice caution as the climb can be slippery due to the flow of water from the top of the cave.

“Visitors also need to use torch lights after climbing into the cave, reaching a massive cave called Lobang Kuala, as the walk inside the dark area takes over 15 minutes with limited lighting.

Before departure, High Commissioner of Malaysia to Brunei Darussalam Dato’ Raja Reza bin Raja Zaib Shah in a speech recorded his appreciation to those involved in ensuring the visit’s smooth sailing, safety and success.

He presented a souvenir to SFC who extended their assistance throughout the exploration.
The visit was also made possible with the support of Tourism Malaysia Brunei led by its Acting Director Hajah Latifah binti Dato Haji Ismail.

High Commissioner of Bangladesh to Brunei Darussalam Nahida Rahman Shumona said, “It was a well organised trip and an eye-opener. We were given a tour of the handicrafts centre and a presentation at the city hall.

“I learnt about the indigenous groups, too. It was an educational, informative and welcoming visit.”

Ambassador of Korea to Brunei Darussalam Kim Soung-eun said, “My wife and I enjoyed the familiarisation trip to Miri organised by the Government of Malaysia. In fact, it was my first visit to Miri. We found the trip to be insightful and informative as we learnt about Miri as well as Sarawak state.

“We particularly enjoyed our visit to Niah Cave. Though it was a challenging route, we were amazed by the caves and its surroundings.

“Next time I will bring my son so that he can experience the great and uncommon cave.”

“We thoroughly enjoyed the sightseeing and activities in Miri. It was amazing and well organised,” he said.

“Timor-Leste can learn and gain experience from this familiarisation visit as our country also shares a land border with Indonesia.”