‘The House on the Lake’ is a wild, improbable ride

AP – Casey Fletcher and her husband Len bought a cottage on a remote lake in Vermont as a getaway from their hectic life in New York City. But after he drowned there, Casey chose to anesthetise her pain by staying inebriated.

As Riley Sager’s The House Across the Lake opens, Casey’s attitude has destroyed her career as a Broadway performer, so she returns to the lake alone to escape the blizzard of bad publicity and to find a little peace. She doesn’t. Instead she sits, day after day and amusing herself by spying on her handful of neighbours with high-powered binoculars. But the neighbours who interest her most are the husband and wife who just bought a large, glass-front house directly across the lake.

At night, when interior lights make everything inside visible, Casey spends hours studying the inhabitants – a wealthy supermodel and her broke tech-executive husband.

Soon Casey strikes up a friendship with the model, but the more she spies on the couple, the more paranoid she becomes. Before long, she convinces herself that the model is being slowly poisoned by her husband so he can get his hands on her money. 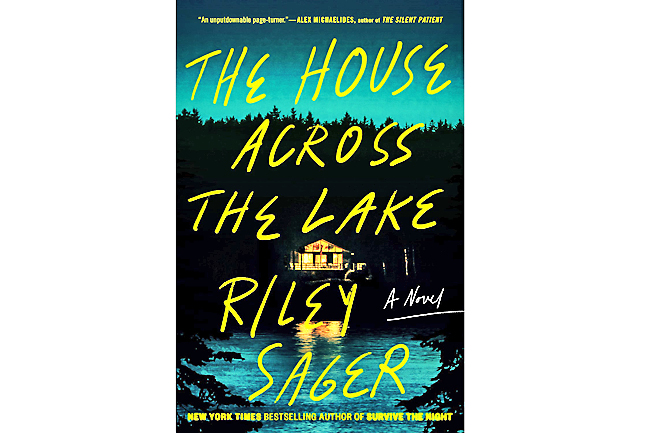 At this point, the novel brings to mind the classic Alfred Hitchcock film Rear Window. When the model goes missing, Casey fears she has been murdered and proceeds to investigate herself, ignoring a police detective’s orders to stay out of it.

Casey, the narrator of the tale, is besotted and unreliable, so readers are deliberately kept off balance, uncertain what they are supposed to believe.

When it is revealed that the detective suspects a serial killer is loose in the area, and when rumours spread that the lake is haunted, the tale takes a series of weird turns, morphing into a cross between Silence of the Lambs and The Exorcist.

As with Sager’s first five thrillers, the characters are well drawn and the prose is first rate.

However, the book takes readers on such a wild ride that some may find it too improbable to swallow.

A hunting trip turns deadly when a blizzard strikes

AP – It’s reunion week in Iceland for Daniel, Armann, Gunnlaugur, and Helena, who were tight in college and like to get together every year or so to catch up.

As Outside – Ragnar Jonasson’s ninth thriller translated from Islandic to English – opens, they expect to party in the capital city of Reykjavik. However, Armann, the acknowledged leader of the group, makes a last minute change of plans. They will go gamebird hunting on the desolate moors of Iceland.

Armann checks the weather report before they set out, but as they trudge across the moors, nary a bird in sight, a blizzard screams out of the west, the snow so thick that they can see only a few feet in front of them. With his skills as a guide, he leads them to a derelict hunting cabin, but once inside, they discover they are not alone.

A man with a shotgun sits in a corner, a gun cradled in his arms. No matter how hard they try, can’t get him to speak a single word.

As the hours crawl by, the author gradually builds the tension. The occupants of the claustrophobic cabin have nothing but their clothes to keep them warm. Their cell phones aren’t working. Rescuers could never reach them anyway until the storm subsides.

And the armed stranger just stares in silence – for hours – as the blizzard rages. The author alternates points of view, each of the four friends taking turns as their backstories are revealed and as they gradually discover that maybe they aren’t such great friends after all.

Jonasson and translator Victoria Cribb do a fine job of setting the scene, developing the characters, and keeping readers in suspense with a tight, clean, noir prose style.

“Somebody,” Helene said prophetically, “is going to end up dead before this trip is over.” 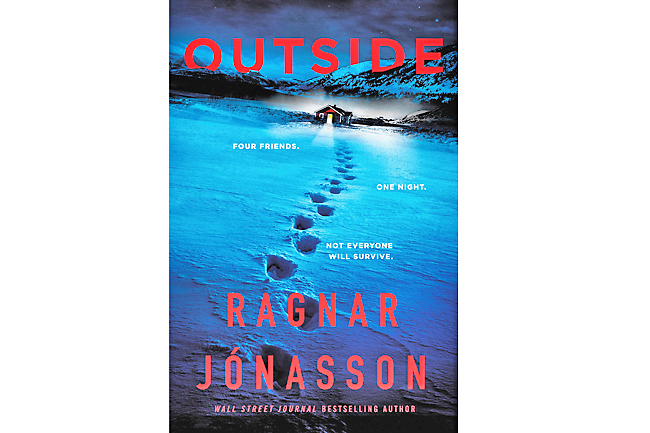