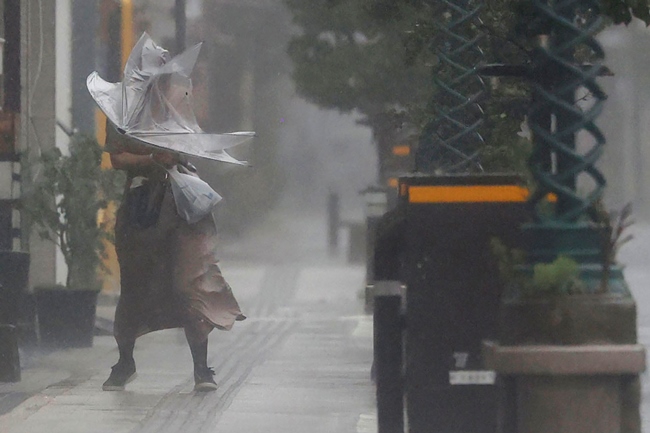 AFP – Typhoon Nanmadol made landfall in southwestern Japan on Sunday night, as authorities urged millions of people to take shelter from the powerful storm’s high winds and torrential rain.

The storm officially made landfall around 7pm local time as its eyewall arrived near Kagoshima city, the Japan Meteorological Agency (JMA) said. It was packing gusts of up to 234 kilometres per hour and had already dumped up to 500 millimetres of rain in less than 24 hours on parts of Kyushu.