LOS ANGELES (AFP) – US PGA Tour rookie Davis Thompson bagged back-to-back eagles on the way to a two-shot lead on Thursday in the American Express Tournament at La Quinta, California.

Thompson, a 23-year-old graduate of the developmental Korn Ferry Tour, was seven-under through six holes thanks to his eagles at the fifth and sixth on the La Quinta Country Club course, one of three in use for the event in the Southern California desert along with the Nicklaus Tournament course and the Stadium course.

His 10-under par total of 62 put him two clear of five players, a group led by fourth-ranked Spaniard Jon Rahm and including Americans Tyler Duncan, Taylor Montgomery and Sam Burns and German Matti Schmid.

Thompson already had three birdies under his belt when he eagled the par-five fifth.

He missed the green at the par-five sixth but chipped in for another eagle. He added a birdie at the ninth to make the turn at eight-under.

The former top-ranked amateur said staying focussed on each shot was his main task coming in.

“That was kind of like my biggest challenge today was staying present-minded,” said Thompson. 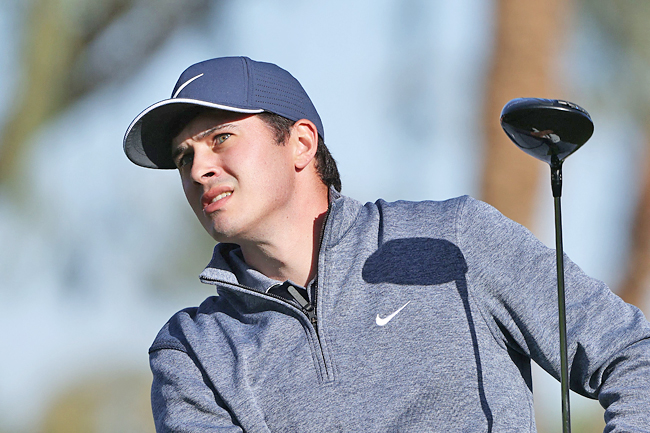