ATHENS, GREECE (AP) – Greek authorities said another sailboat carrying dozens of migrants arrived yesterday at Kythera, the third in just under two days to make it to the southern island that is not on the usual route for asylum-seekers trying to reach the European Union (EU).

Greece’s coast guard said initial reports indicated the boat that landed on Kythera’s western coast had about 70 people on board. Their nationalities and where they had set sail from were not immediately known.

Two other sailboats reached the island on Wednesday. The first ran aground on the island’s southern coast with 97 people on board – 93 from Afghanistan, three from Turkey and one from Pakistan, authorities said.

The passengers made it to shore themselves, and no one was reported injured or missing.

The coast guard said yesterday that the boat had set sail from the Cesme area in Turkey and the group included 55 children. Three of the people on board, ages 30, 29 and 17, were arrested as suspected migrant-smugglers. 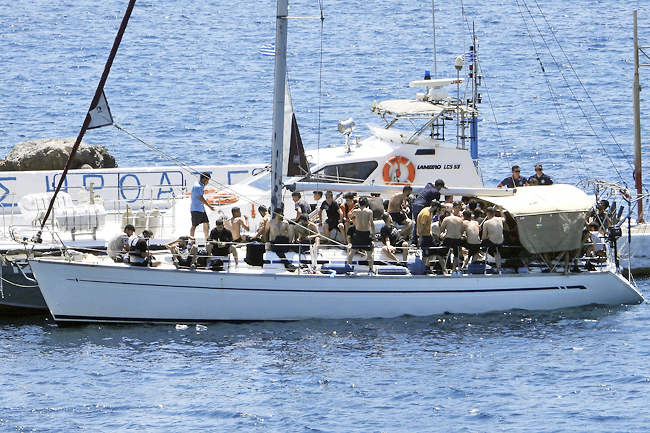