The time to act is now

CNA – Experts said there is growing evidence of an increased probability of extreme weather events due to climate change with more severe natural disasters expected to take place if people do not significantly reduce activities harmful to the environment.

They said extreme weather events across many parts of the world in 2022 were clear signs of a rapidly warming planet and a swiftly closing window for action.

Professor Mark Howden, director of the Institute for Climate, Energy and Disaster Solutions at the Australian National University said, “The fingerprint of climate change, of temperature increase, is actually embedded in these key events … in the floods and fires that we have seen in this past year.”

Among the natural disasters this year was a drought crisis that put millions of people at risk of starvation in East Africa while devastating floods in Pakistan submerged a third of the nation.

Severe heat waves scorched countries across the globe and hurricanes and cyclones pounded parts of Asia and the Americas.

This week, record-low temperatures and dangerous winter storms in the United States (US) meant at least 60 per cent of its population faced extreme weather advisories.

Experts warned that more of such adverse weather events can be expected in 2023, even as countries race to combat the climate crisis.

Professor Howden told CNA’s Asia First on Friday, “clearly, climate change is an ongoing factor and that will result in increased likelihood of significant severe extreme events in this forthcoming year”. 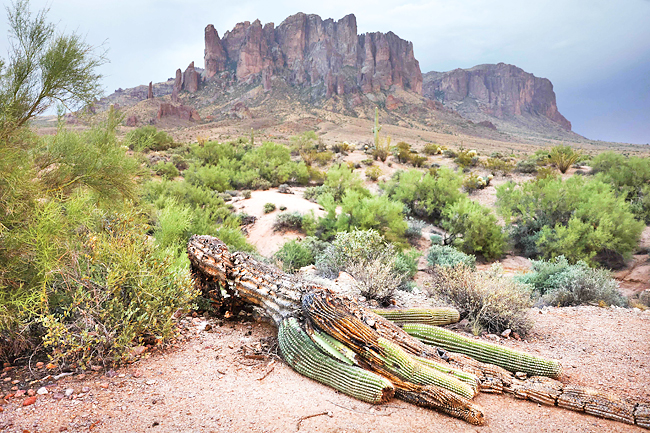 The impact on food systems including agriculture, oceans and fisheries is already evident, and continued deterioration will increasingly affect food resources for communities around the world.

“If we don’t take significant action to really transform our food systems to not rely on fossil fuels and to use more ecological processes for growing food, we can anticipate even more severe impacts, including hitting the pocketbook in terms of the price of food in the future,” she added.

IS IT TOO LATE TO STOP CLIMATE CHANGE?

Some observers have warned that the world has gone too far to prevent global temperatures from rising beyond 1.5 degrees Celsius, the goal set in the 2015 Paris Agreement at the Conference of the Parties (COP) in a bid to limit severe impacts from climate change.

However, Professor Bezner Kerr who is also a lead author contributing to the Intergovernmental Panel on Climate Change (IPCC) said she does not share that “bleak, pessimistic” outlook.

She also added, “I think there is still a small but important window where we have time to significantly reduce our greenhouse gas (GHG) emissions and keep the temperature below the 1.5 degrees Celsius.”

Some progress was made this year in terms of climate-friendly action.

The US passed a historic climate legislation diverting its largest investment yet of nearly USD370 billion to scale up renewable energy production aimed at slashing emissions.

The US also restarted climate talks with China, igniting hopes from environmental advocates that the world’s two biggest GHG emitters will accelerate action.

A breakthrough agreement on a “loss and damage” fund was signed at COP27 in Egypt, a step towards helping vulnerable nations cope with devastating climate impacts.

While experts said the decision to take action around loss and damage is a cause for optimism, there has not been enough done to significantly curb greenhouse gas emissions.

Professor Howden said, despite a recent breakthrough in nuclear fusion, the technology is still a long way from being implementable at the scale that is needed to address climate change.

He said massive progress needs to be made in terms of decarbonising in the next decade and governments need to make use of the renewable technologies at hand.

He added, “The really big message here is, renewables and storage are getting cheaper day by day and that is the big hope in terms of rapid decarbonisation and rapid reduction in emissions, particularly in fossil fuels.”

Professor Bezner Kerr said, there is a need to put more pressure on governments to take scientific reports seriously and put the reduction of GHG emissions as their number one priority.

According to Prof Howden, “at the moment, while there is some progress in some countries, it’s not occurring at the global scale and at the pace that is needed. And so I think that has to be a critical part of next year’s COP.”

Other items to look out for at COP28 next year in oil-rich Dubai will include food security and the financing and implementation of the loss and damage fund.

Making carbon trading arrangements to ensure there is no double counting and problematic dealings in the system is also high on the agenda.

Experts said that nations need to kick up their heels as addressing climate change gets more challenging each year.

Professor Bezner Kerr said, “The wealthier countries need to step up and show leadership, putting money where they put commitments, and increasing the commitments to address adaptation needs, as well as mitigation and listening to those groups that are most impacted by climate change.”